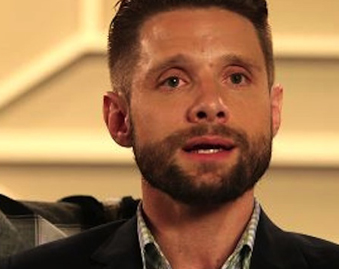 Jewish Radio host and Associate Professor at Baldwin Wallace University, Ken Schneck, shares his two cents on the coming out of Who’s The Boss actor Danny Pintauro as HIV positive.

Oh Jonathan Bower, you bowl-cut, 80s moppet. Your storylines on your 196 episodes of Who’s the Boss? cumulatively have not amounted to the drama your alter ego Danny Pintauro has drummed up in the past week. I feel like I have been on this rollercoaster with him, and where I was experiencing great pride a few days ago, now I have great anger and frustration.

The ride started with Pintauro’s appearance on Oprah’s Where Are They Now? in which he revealed both that he had previously used crystal meth as a means to more fully explore his sexuality and that he has been HIV positive for the past 12 years.

The cynic in me thought, “Ok, this was a press grab for a press-starved former child star currently working as a manager at PF Chang’s launching a ‘Beacon of Light’ tour when he hasn’t developed relationships yet with LGBT/HIV/AIDS-related organizations.”