In its weekend edition, Haaretz newspaper published an extensive article about gender non-binary people, introducing them to Israeli society and predicting “the next revolution,” that may completely eliminate the classification of people into categories of male and female. 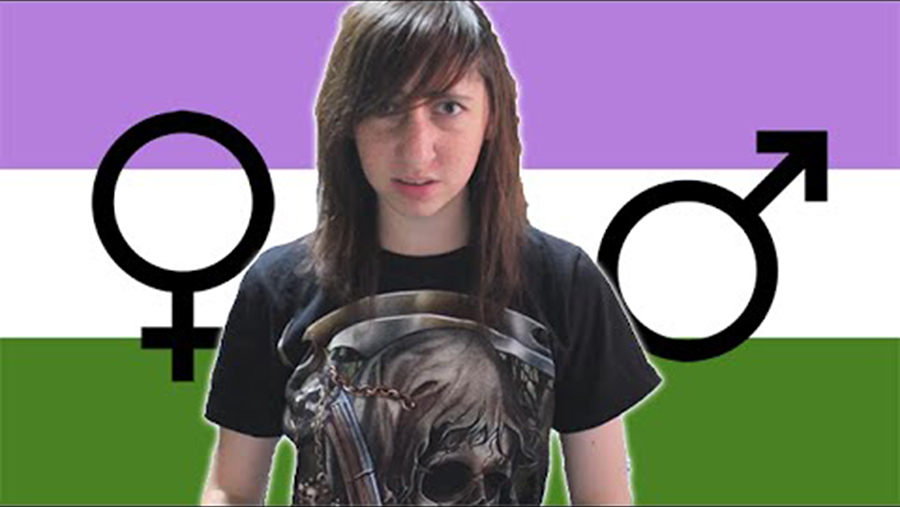 The Haaretz article introduces the various definitions to the public: gender fluid, bigender, gender nonconforming, genderqueer and more. “This is not a sexual orientation”, the article’s writer Naomi Darom explains, “but one of the most basic elements of our identity: what are we, a boy or a girl? The non-binary find answers outside this division.”

“If years ago people like me would hide in the closet or go all the way between the gender you were born in and the other gender, the company now gets more in the middle,” a genderqueer interviewee explained.

The article looks at the non-binary people in the United States and in Israel, and the generation gap in the perception of non-binary people. One of the interviewees, Mer Abrahams, who was born to an orthodox Jewish family in Missouri, flourishes in the gray space between the genders. “I’m curious how you translated my pronouns into Hebrew,” Abrahams, who uses the pronoun ‘they’ in English, asked in an email to Naomi Darom a week after the interview. Darom says that she explained to Abrahams that it’s (yet) impossible to write a story in Hebrew about a single person and call them ‘they,’ especially when for many of the readers this is an introduction piece. Abrahams understood and agreed to use the pronoun “she” in the story, but requested to clarify: “non-binary people were erased from history and from society, and it’s important for me to say that for the sake of this article we use a language that is not necessarily respectful towards my identity. Demanding that non-binary people choose a pronoun that does not define them correctly – this is not what I recommend.” 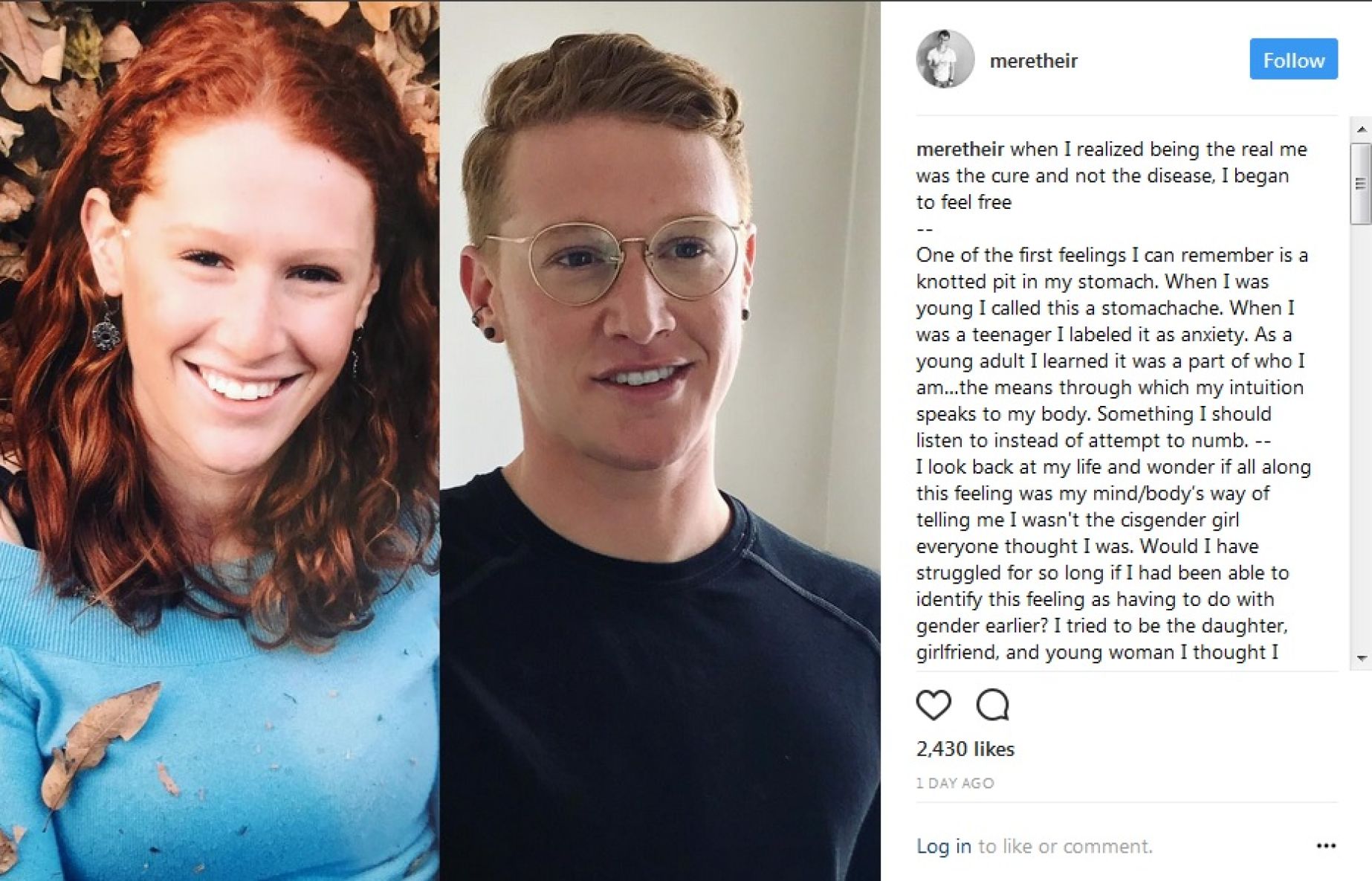 In Israel too, slowly, the non-binary option is beginning to enter the consciousness, partly because of pioneers such as the YouTube personality Ender (whose real name is Lior), who makes funny videos about various subjects and defines herself as gender non-conforming. Her video “Are you a boy or a girl?” where she explains her gender identity with graceful directness, has already passed 150,000 views. The non-binary essence is alive and kicking in closed groups on Facebook, and the more the transgender variety is exposed in Israel, the more the phenomenon of non-binary is expected to become more familiar.

Recently, Hillai Peli tried to go to the bathroom at Dizengoff Center. Peli, 23, a non-binary transgender person from Jerusalem, grew up as a man; she has long hair, a beard, and a delicate face. Four times she tried to go into the bathroom before she could enter; in the women’s room she met with terrified looks. She entered the men’s room with her head bowed, trying to be swallowed up, but was expelled from there too.

The bathroom struggle is, of course, a burning issue of transgender and non-binary people all over the world, but in Israel no progress has been made on the matter and no doubt does not exist in daily discourse.

A unique difficulty for the Hebrew language is that it does not have a gender neutral pronoun. “For two years I spoke one sentence in a male pronoun and one in a female, and this is how I asked people to refer to me,” says Peli. “But it’s very confusing for people, so in the past two years I’ve been referred to as a female.”

Shirley Kleinman, a journalist, a lecturer and drag king, founder and director of the drag evening lines DUYA, who is also a genderqueer from Tel Aviv, feels that “coming out is never over. The common reaction is shock – in the sense that there’s such a thing at all.”

Kleinman grew up in Petah Tikva and, despite growing up in a secular family, she dreamed of being a yeshiva student. “I saw these men as a symbol of brotherhood, scholarship and family, and perhaps I also liked the fact that they dressed very well.” But his non-binary identity was formulated only three years ago, at the age of 30, by watching a movie about transgender men and meeting a friend who defines himself as ganderqueer. “A trans girlfriend to whom I told about my experience said, ‘Get ready to lose everything – friends, family, work.’ Kleinman refuses to talk about her family, and her work in marketing he left to focus on writing, lectures and a YouTube channel. Among other things, she is a waiter, a job that brings him together with the public. “People always think I’m a man.I go to the bathroom and they stare at my chest and say ‘no, this is a women’s bathroom,’ and one day I collapsed and cried all morning about this whole gender experience. On the other hand, I came out on Facebook in a long post and the reactions were so positive. People turn to me for guidance and help.”

In recent years, with a wealth of articles and documentary series on transgender people and YouTube stars like Ender, Kleinman believes that the whole issue is beginning to reach the public consciousness. “The trans issue is much more discussed, which means that gender is much more discussed, including the non-binary issue,” she says. The road is still long, but maybe in a few years we’ll even have gender-neutral bathrooms at Dizengoff Center.