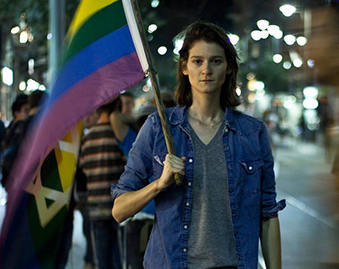 Through mourning the loss of 16-year old Shira Banki z”l, fatally attacked at the 2015 Jerusalem Pride March, the city’s LGBTQ community emerged as a thread to bring together a city divided at the seams. LGBTQ leaders took to Zion Square, the central plaza in the heart of Jerusalem, to hold open forums for unprecedented public discussion in a project called the Meeting Place. We spoke to LGBTQ activist Sarah Weil about the Meeting Place and how it is transforming the public space into a place of LGBT visibility and dialogue. Weil will join A Wider Bridge in Boston, New York, Los Angeles, San Francisco, and San Diego to share the work of the Meeting Place. You can donate to the Meeting Place here. 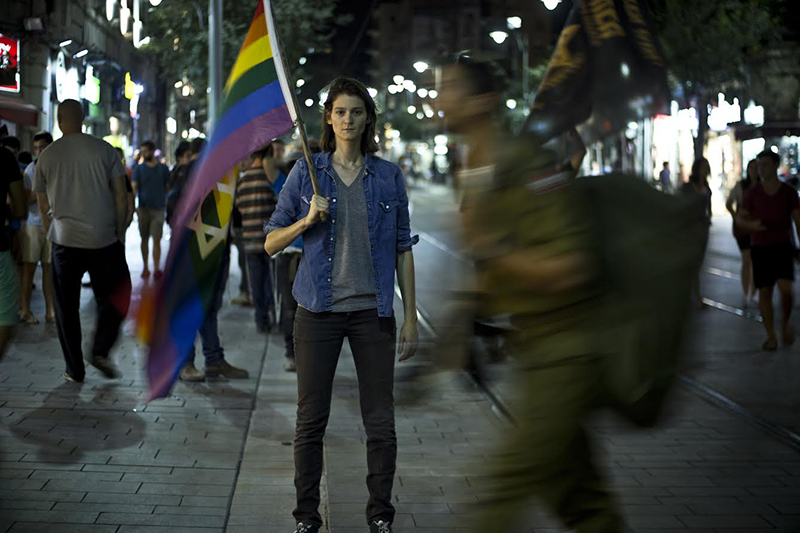 Tell us a little bit about your background and how you got into activism.

I’m a longtime LGBT activist here in Jerusalem. I spent a few years in the ultra-Orthodox world and went through a very difficult period with my sexual orientation and gender identity. I eventually realized that in order to continue to live and continue on my spiritual and religious path, I would need to be in a loving relationship, and that could only happen with another woman. Ever since then I’ve been trying to bridge my LGBT identity and my observant Jewish identity, including volunteering for Bat Kol, a religious lesbian organization. In 2011 I founded the Women’s Gathering, which is building authentic Jerusalemite LGBTQ women’s community based in Jewish values. We create community through producing cultural and arts events for LGBTQ women in Jerusalem through a variety of initiatives, including a Shabbat community, a lecture series, and the Women’s Gathering flagship event, which partners with local businesses and adds them to our growing network of gay-friendly spaces in Jerusalem.

Can you talk about the Meeting Place and how this work began?

The stabbing at the gay pride parade and the murder of Shira Banki z”l in 2015 was a watershed moment for Israeli society. Everyone felt under attack, including the ultra-Orthodox community, which felt completely misrepresented. The entire society was in shock that something so horrific could be committed in the streets of Jerusalem by a seemingly religious Jewish person. The Yerushalmit movement saw this need to come together as a society, and decided to have the shiva (seven-day mourning period, which usually occurs at a private home) in a public square in order to give the entire civil society the ability to come together, mourn, and heal.