Micha Thau, a senior at Shalhevet High School in Los Angeles, seeks to make it possible to be an observant Jew in the Orthodox community regardless of one’s sexual orientation 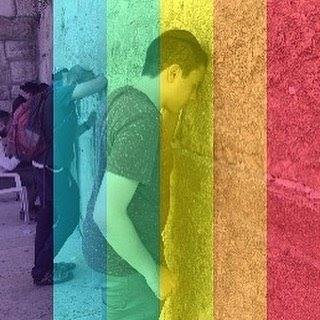 I am a gay Orthodox Jewish teen. That in and of itself may be one of the most controversial sentences in modern Jewish history, but it’s also simply my life. I daven, or pray in com-munity, and I am part of the honors Judaic program at my school. I keep kosher, observe Shabbat, keep all the fasts, and I celebrate the holidays. However, I also spent my summer in Israel interning for the LGBT wing of the political party Yesh Atid, attended the gay pride parade and am an intern for an organization called Eshel, a group that specializes in Orthodox inclusion for LGBT Jews.

This spring, as an intern for Eshel, which is funded by the Los Angeles Jewish Community Foundation, I was privileged to take part in an informative course on community organizing through a Jewish lens titled Join for Justice (www.joinforjustice.org). When the course ended, each participant was encouraged to take on a summer project and, using the information gained in the course, make a difference in whatever way we could in the world.

Although I knew my project would have an LGBT focus, I couldn’t seem to figure out in what direction I would take my project until I was inspired by Gandhi’s famous adage, “You must be the change you wish to see in the world.” This is when it became clear to me that I was that change I wished to see in the world, not in a self-righteous sense, but in that I am far luckier than other LGBT members of Orthodox communities. I have been blessed with loving and supportive family, friends, teachers, rabbis, and a community that has allowed me to find myself Jewishly as a gay man in a healthy manner.

Unfortunately, I am the exception.

Homosexual Jewish teenagers across America remain fearful that they will be shunned by their community and expelled from their homes or schools. In extreme situations, some have taken their own lives in a state of perpetual hopelessness.