The “Pink Roof” was established in Tel Aviv two months ago to provide shelter and care for homeless LGBT youth. Over 33% are from the Arab sector, a much higher proportion of their relative share of society. “If I go back home, they’d kill me,” says Omar (not his real name) who was forced to leave his home. “Our default mindset is acceptance is in any situation, we don’t want to say ‘no’ to anyone,” says Shani Werner, director of the place. 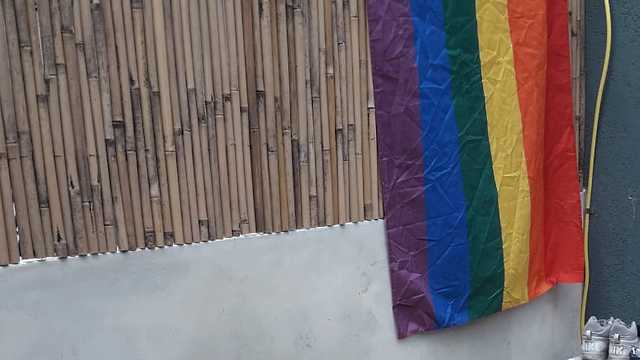 Omar didn’t even try to argue. After a period of time in which he managed to hide his secret from his parents, someone told his father – your son is gay. As soon as the conversation began with his father, Omar realized that he would have to spend the night somewhere else. “They threw me out of the house,” he says. “I imagined that this might happen, everyone around me knew. My father yelled at me and threatened, my mother said nothing and my older brother told me ‘take care of yourself.’ I packed a few things and went to sleep at a friend’s house.” 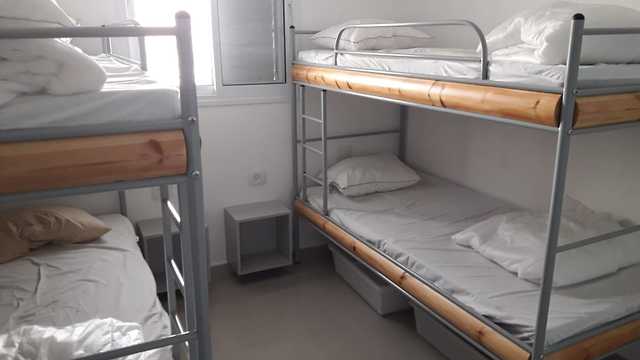 Omar’s next stop was the Pink Roof, a center that opened two months ago and provides a shelter to up to 12 young people aged 18-25 every night. The framework was established by the Ministry of Labor and Social Affairs, which oversees it and invests about NIS 250,000 a year in it, with the assistance of the chairperson of the Knesset subcommittee on the treatment of homeless young people, MK Meirav Ben-Ari, and operated by the association ‘Ottot.’ 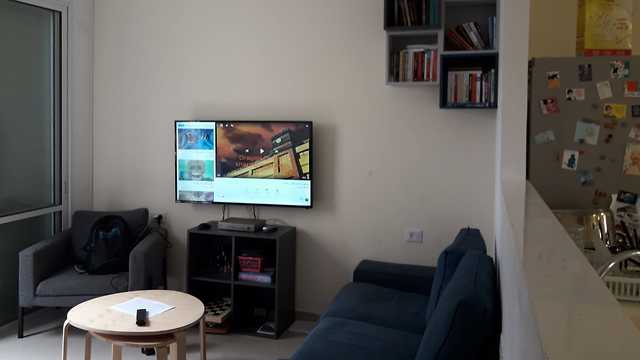 According to Omar, the Arab sector is not yet ready to be inclusive towards people like him, and he accepts that. “[Our community doesn’t] accepts these things. I even don’t accept myself being gay, but I am gay. If I go back home, they’d kill me. My whole city is dangerous for me right now, so I left everything and start from scratch.”

Lonely and frightened, he found himself ringing the doorbell of the Pink Roof, a plain-looking house in south Tel Aviv that provides emergency shelter for young LGBT people. The procedure in the place are clear – when someone arrives, no matter when, first of all they assist. A warm meal, a shower, a bed. The young people who knock on the door can arrive at any time, seven days a week, 24 hours a day, without explanations, without a social report or any referral.

The instructors in The Pink Roof had already seen everything. Sometimes they meet battered and bruised young men, sometimes they are drunk and steeped in their own vomit, and every now and then arrives a young man or woman who was sexually abused. Some of them lived for a while in the street until they heard about the place that would accept them without questions and would try to help them start building their lives. 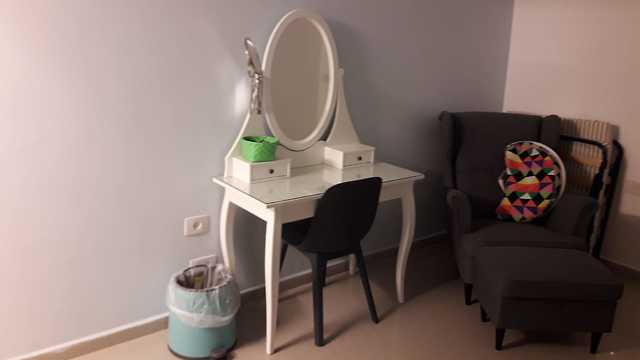 “We accept people around the clock and the majority arrive without prior scheduling,” explains The Pink Roof manager, Shani Werner. “They don’t always stay here consecutively, sometimes they only come for a night or two, or they sleep here intermittently, we never know how many would sleep here every night and who will they be.”

Werner says that with all the desire to help, the stay in the Pink Roof is for a limited time. “We don’t want to make them feel like it’s a permanent home. Their schedule is directed outside, to the services that the community has to offer. The idea is to help them not to strike a root here but in other places or community settings. So every morning they restore all the sheets in a locker, and during the day you will hardly see people here.”

The maximum period of stay in the framework is four months, and from there, if necessary, the young person is referred to a continuum treatment program. “After the attack at Bar Noar, we recognized the need to help the LGBT population and about eight years ago we went into action on this issue,” says Tzipi Nachshon-Glick, director of the youth service at the Ministry of Social Affairs. “Our assistance includes various kinds of responses, from emergency overnight stay, to the treatment of hostels with additional services, to transition apartments where patients are accompanied as they start living as independent individuals.”

Since its opening, the “Pink Roof” has hosted about 50 young people, who have come for varying periods of time, some for one night or for a few hours and some for a few days or weeks. One of them is Nimrod, who has been there for two and a half weeks after his mother caught him kissing a male friend. “She sent me a message: ‘You have no home to come back to,'” he says. “She threatened to throw me out of the house a few times in the past, so I ignored her message and came home but she didn’t open the door for me, so I understood that this time she was serious.” Nimrod describes how he used the “Pink Roof” team to recover. “There’s no instructor here who I didn’t cry to.”

“My mother is sure that being gay is a mental illness, and that it’s a choice to get it,” says Nimrod. “I explained to her many times that being gay is not a choice, and if I had a choice I would choose to marry a woman, this would have been much easier. As gay you’re being exposed to many social difficulties. I understood that with my mom I can’t be who I am. I can’t walk around the house wearing lipstick and expect compliments. I wrote to her, ‘I’m giving up on you.’ In the end we talked and agreed that we could have some sort of contact as long as I was not subject to her decisions and she had no right to talk about my sexual orientation.”

The profile of young people who come to the Pink Roof framework is varied, but after two months of activity you can point to several things in common. More than 70% are boys, 70% are 18 and 33% are Arabs, a much higher proportion of their relative share of society. “Gay is a bigger taboo than lesbian,” explains Warner, “and in Arab sector, of course, the consequences are more severe. Many of them come here after they were outed or came out, beaten up, full of wounds and bruises. There are also those who are still in the closet, who come to ‘vent’ and leave after a couple days. ”

Minister of Labor and Social Affairs Haim Katz says that “the new emergency framework that we have opened will serve as a national support and support center for LGBT youth over the age of 18, who are in crisis or in immediate danger on the basis of sexual or gender identity. They will receive protection, a warm bed, food security and psychosocial support from a professional team, and if necessary they will be directed to receive long-term responses offered by the ministry. The opening of the Pink Roof was made possible after I raised the age of care for young at risk from 18 to 25, a step that naturally affects the personal well-being of young people at risk, but no less – a tremendous contribution to the social and economic strength of the entire State of Israel. ”

Meirav Ben-Ari, chairman of the subcommittee for homeless young men and women, added: “The Pink Roof joins other programs that have been established over the past three years. The committee headed by me advanced the subject to the social agenda and even raised NIS 20 million to fund it. ‘The Roof’ is a charming, respectful place that allows many young people to receive basic conditions as emergency assistance when they arrive from the street. “