As Lesbian women age they face the many challenges. “Beshela,” an Israeli organization that marked its 10th year anniversary this weekend, provides support for lesbian and bisexual women above 45. Robin Rosenbaum, MSW, a member of the organization, talks to us about some of the challenges. 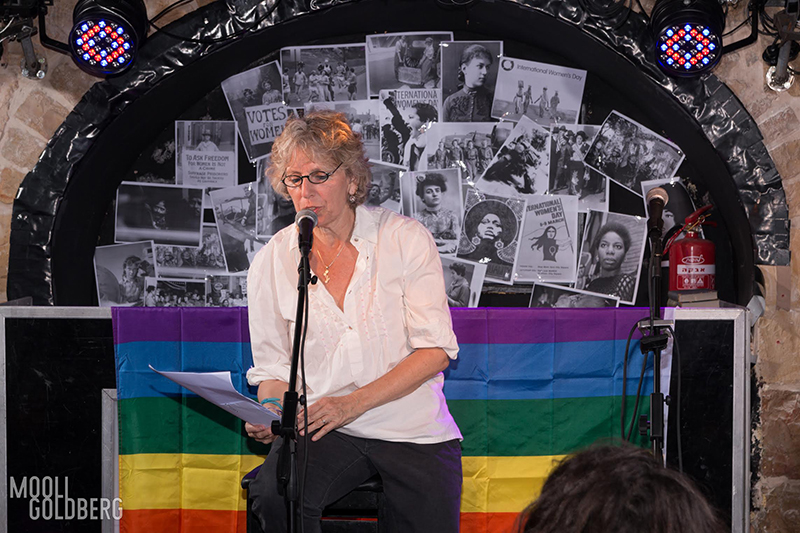 “Physical changes, illness, financial problems, loss of friends, are just some of the problems lesbian women face as they age,” shares Robin Rosenbaum, a clinical social worker and a member of ‘Beshela’ (a word that means in Hebrew both ‘ripe’ and ‘on her own’) .”‘Beshela’ is a community created to ease all of that. Also, we want to create a place where women can get help to understand their rights of pension etc. In the last few years we have moved on to the more macro political arena with our presence at the Kenneset, and although this year’s pride topic is not about veterans in the community, our presence was felt at the meeting where it was decided and we will be on the forefront next year. At last year’s Tel Aviv Pride we led the parade in support of women in the community, and we’ll make sure to be visible this year as well.”

Beshela was founded in 2007 by Ruth Litvan, a PhD in Social Work, who realized that there was a need for a social group for women over 45. “In the past there were associations such as Kol HaIsha in Haifa and Jerusalem, but they ended,” explains Robin.  “In Haifa today there’s a women center named ‘Isha to Isha’ that offers many services. For many years there were parties and places to hang out for younger women, but for older women there was nothing organized. The group today has around 200 members. It is a national community organization that has a variety of activities, conferences, dance parties, lectures. We are a formal and informal support system for women with life crises.”

Rosenbaum, 62,  was born in San Francisco and spent much of her life between Israel and California. When she was in her early 20s Robin came out as lesbian, then in 1979 moved to Israel, first to a kibbutz and then left the kibbutz to live in jerusalem and be part of the Lesbian community. She went back to San Francisco to complete her masters degree in social work and then came back to Israel in 1993, met her ex-wife and started a family with her. “We chose a gay couple to start a family with. I had been married to one of the men so he could get a Green Card in America, and he was the biological father of my daughter. His partner was the biological father of my partner’s son. So it was an international alternate family that was sort of out of the box at that time.”

Describing humans as communal beings, Robin is a believer in a community as a means to accomplish her hopes and dreams, and this is one of the reasons she joined Beshela. “If you don’t know how to do something, always make a group. That’s my solution,” she says.

“We have recently created a fund for women who are in need. We also have trips and on the many holidays in Israel we form a community to celebrate them. There is a circle that meets monthly where women discuss a certain topic and share. I started an English speaking version about 6 years ago, which met monthly and has turned into a social group where we celebrate Thanksgiving and Valentines’ day. There’re also cooking workshops. All is done on a volunteer basis.”

In its 10th year, Beshela organization have set for itself many goals, hoping to become more visible in the Israeli society. Goals include working for a foundation of a community center for older lesbian women, forming connections with lesbian groups abroad and to setting regulations and procedures to assist older lesbian women in coping with various health issues.

“Pride does not expire,” the organization says, and it certainly looks like activism life only begins at 45!