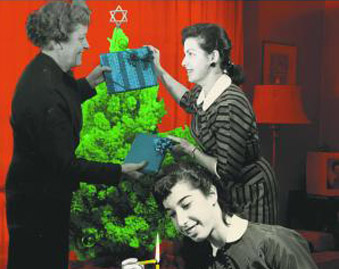 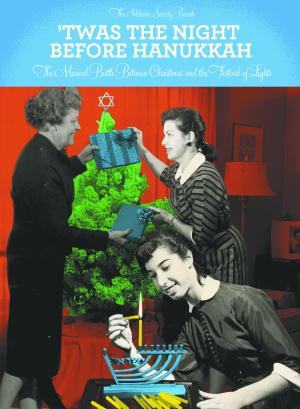 The outlines of Jewish assimilation and identity in Idelsohn Society’s Christmas/Chanukah 2-CD set. December wasn’t always like this. Christmas only became an official American holiday by act of Congress in 1870. Chanukah was considered a minor Jewish holiday back then. And there were no big-box stores crushing the life out of local entrepreneurs and sparking a shopping dementia that began the day after Thanksgiving (if not earlier).

Although the largest influx of Jewish immigrants to the United States was still a decade away in 1870, some of the Jews already present decided that the official recognition accorded to that other holiday necessitated a drive to make Chanukah a comparably major event. One suspects that it required the advent of mass media to make this dubious dream a reality, to the eternal gratitude of retailers and advertising moguls across the continent.

It certainly required mass media to disseminate the popular music that salutes both holidays. “’Twas the Night Before Hanukkah: The Musical Battle Between Christmas and the Festival of Lights,” a new two-CD package from the Idelsohn Society for Musical Preservation, is a vivid, if occasionally excruciating reminder of the prevalence of such tunes. The album is worth having, if only to read the excellent essays in the book that comes with the music; it contains historically astute offerings from Jenna Weissman Joselit and Greil Marcus. If you put the music in that larger context, you can discern the outlines of the history of Jewish assimilation and identity in America in the 20th century and after.

Read the full review on The Jewish Week