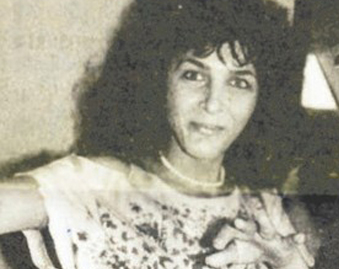 Yardena Marsh reached the headlines in the Israeli news in 2006 after she was murdered by a thief who was known to the police. But the pioneer transgender woman’s life never was easy. Her family ignored her and Yardena had to look out for herself and deal with harassment from the police and the authorities. 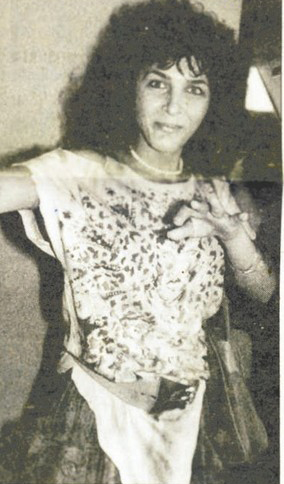 “Tel Aviv thief Ze’ev Biso was arrested by police on suspicion of murdering transvestite Yardena Marsh,” reads the news story published on March 24, 2006 in Yediot Aharonot. “Her body was found yesterday in her apartment on Levanda street with one bullet in the chest that caused her death.” Thus ended the life of Yardena Marsh Z”L, a pioneer of the transgender community in Israel, who was found dead in her modest apartment near the central bus station in Tel Aviv.

Marsh grew up in South Tel Aviv and attended boarding school when she was a teenager. Her gender identity began to be expressed after she had finished army service. “I met Yardena Marsh during my teenage years. We grew up together in the same neighborhood, we roamed around the same parks,” says Israela Lev, who was Yardena’s friend and roommate. “We became very good friends, sisters even, and even emigrated together to West Berlin in the 80s. We lived in a very small apartment and we shared it on a really low budget. We just had to go, because the authorities and the police in Israel harassed us. Later we heard that life is better in Switzerland, so we moved there together. Yardena was one of the most charming women I’ve ever met, with a sense of humor and a laugh and a beautiful face. She had bright green eyes and curly hair. She was captivating in her grace and naivety. She loved life and had a sense of adventure.”

At a certain point Yardena Marsh began working in prostitution and was dragged into drug addiction that degraded her life. Israela Lev says that at that point their lives separated. “When we got back to Israel, we lived in Tel Aviv and we got into a mess quite often because of Yardena and her efforts to get to know the dark regions of drug dealers,” she says. “These drugs did her a lot of damage, and when I saw her every once in a while in Tel Aviv, I tried to talk to her and see if there was any way I could help her, but she couldn’t give up the addiction, and always got back to the drugs, until eventually I read in the newspaper that she was murdered. She was a beautiful transgender woman, both inside and out,” Lev says.

Nora Grinberg was in touch with Yardena Marsh’s family following her murder, and tried to convince them to bury her with dignity. “Yardena was murdered twice. Once by the murderer and again by her family who wiped out her identity,” she says. “The unwillingness to honor her after she was dead was burned inside me forever. They referred to her as a man and all they would say was how much she hurt her mother. They didn’t really care about her and there was no willingness to respect her identity and her memory after she was murdered.”

Grinberg talks about the life of Yardena Marsh as a reflection of the trans community in Israel. “Those were different times. The word ‘transgender’ did not exist, and trans women had almost no other path but to live on the margins of society. People talk a lot about prostitution as if it was the problem, but the real problem was that they have been excluded by society. There was no room for thinking about transgender identity as a legitimate identity, and therefore the only way to survive for them was to stand in the spot that society has allocated to them. In the years when Yardena Marsh had been living, there was a shameful and horrible attitude towards transgender women. The police tortured them and chased them, they experienced discrimination, people refused to rent apartments to them, people used them, their families ignored them. This is a big generalization, but this was the fate of a very large portion of these women.”

“After she was murdered she was dubbed in the media, without any basis, as ‘Israel’s first woman to have sex-reassignment surgery’. What does it matter if she had surgery or not?! Who cares? A woman was murdered, her life was taken, and still the media saw fit to add this detail, which was another way of objectifying her. Yardena was a human being and her constant return to prostitution and drugs was to wipe out her life. She was a human being and lived a real life. She wanted to live happily just like any one of us; she had dreams and ambitions, and she tried very hard to organize a life for herself.”

Grinberg notes that since the death of Yardena Marsh a decade ago, Israeli society has progressed, but there’s a lot more work to be done. “Today there’s a legitimate discussion space that did not exist before. There are professors, lawyers, army officers, doctors who are transgender – things that we couldn’t imagine back then. In the middle of the last decade, the transgender identity was in its infancy. Yardena belonged to a different generation and has been marked by fate intended for her,” said Grinberg.

“Legitimacy today is not absolute, and there are still large parts of society not willing at all to refer to LGBT people as people with a legitimate right to exist. Ignorance is also still huge, and in the education system we still don’t have a place. But on the other hand, conservative society needs to address the issue – often reluctantly. In terms of the establishment, the attitude towards us is disgraceful, conservative and reactionary. The ability of ministry officials, for example, to decide on matters of people’s lives based on their prejudices and dark thoughts regarding gender identity is not acceptable anywhere in the world, although maybe in Afghanistan. But this is our struggle, a composite image with bright spots and dark spots,” she concludes.