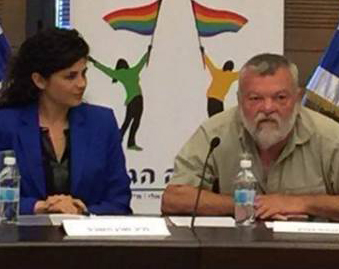 On Tuesday the Knesset held a discussion initiated by the Knesset’s LGBT caucus, that was focused on the fight against LGBT hate crimes in Israel. 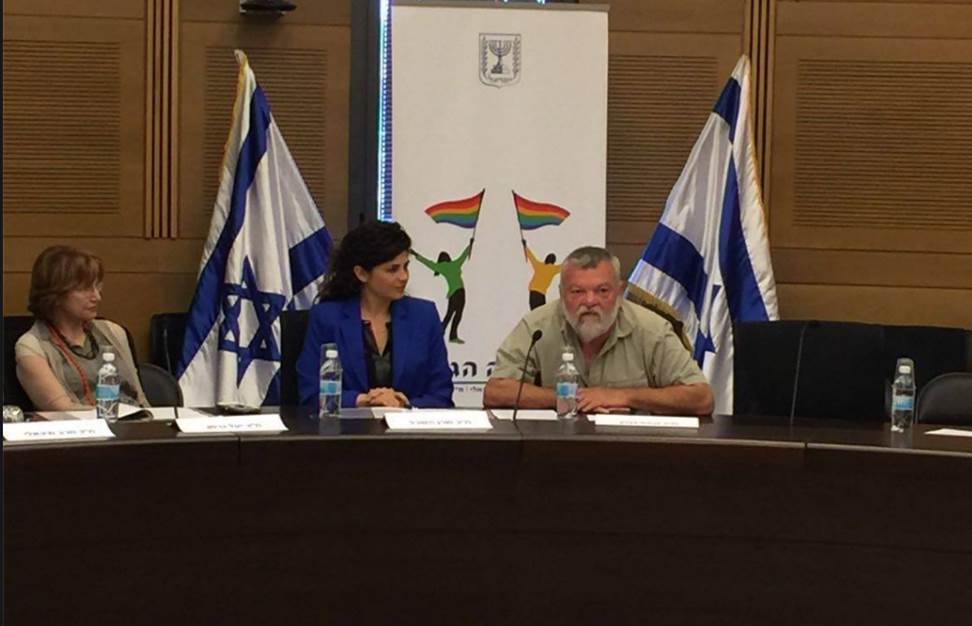 Yael German read a letter from the teenage boy who was attacked at the pride parade by his classmates who saw him there. “We can not agree with such violence,” German said, “Our meeting is about hate crimes against the LGBT community, but shouting is not enough. We are in the legislative house and it is our duty to make laws, even if they don’t pass this time. In two or three years, they will go through.”

German also mentioned the bill initiated by MK Amir Ohana that suggested defining crimes against transgender people as hate crimes so that the punishment for them will be double what it is today.

MK Ilan Gilon, who replaced MK Michal Rosin in the meeting, referred to violence against the LGBT community as part of the growing atmosphere of violence intensified in Israel. “The discussion on hate crimes requires us to honestly admit that society has become a much more dangerous place for minorities: LGBT people, Ethiopians, Arabs, Hassidic Jews. Attacks in public spaces have become commonplace, and the entire Israeli society has become light-triggered, light-bladed, light-steering-wheeled.”

Dr. Gil Fishhof from the Nir Katz Center Against LGBTphobia presented the activity of the center and its hotline data. According to the statistics, since the publication of the last report (in August 2015), 380 cases of LGBTphobia were reported, in all areas: in public spaces, in health and welfare frameworks, in the police and the army, within the family, as customers in businesses and more.

Sarah Kala, CEO of the Jerusalem Open House, reported on the manifestations of homophobia and violence in Jerusalem in the past year, from those taking place in public areas to those that occur in the legislative house. “The LGBT community was murdered and nothing has been done,” Kala said. “Something should have be done. If Yishay Schelissel was charged with a hate crime 10 years ago, Shira Banki would probably be alive today. Even the way in which her murder is mentioned in the new civics book is distorted.”

MK Merav Ben Ari attended the meeting to announce that on Thursday she will hold a meeting with the chairman of the Aguda and the Treasury representatives to put the LGBT organizations budget into the overall budget in 2017 as promised by Finance Minister Moshe Kahlon.

Ayala Katz, mother of Nir Katz, who was killed in 2009 in the Bar Noar, spoke on the definition of hate crimes in Israel, and that the only hate crimes as defined by law in Israel relates to those committed by Arabs against Jews. “According to the laws of the State of Israel, both the murders of Nir and Shira can not be included in this definition.”

Hovi Star, Israel’s representative to Eurovision, also came to the meeting to talk about the incident which he encountered on his way to the Eurovision Song Contest, when his passport was torn by border police in Russia.

No representative of the Ministry of Public Security was present at the conference. “It is really disappointing,” said Idan Yosef Yamin, who was attacked in Eilat by a group of boys. “Why are we here? To tell stories? These stories have been heard already. Just on the way here we have another five new stories. ” Idan also told about the police’s attempts to find him and his behavior to blame for the attack on them. “As if there is justification for breaking a bottle over someone’s head,” he said, and described how the attackers were identified only after he published a post on Facebook that became viral on social media and the Aguda intervened by turning to the police commissioner.

“I and my colleagues will march on Friday in Tel Aviv Pride, and will do so also in the parade that will take place in my city, Ashdod, on June 17”, concluded MK Gilon, “and I’d love to see there the Police Commissioner, the Minister of Education, the Minister of Justice, and the Minister of Public Security, the same Ministry that did not bother to send even one representative to our discussion today. Come over, maybe you’ll learn something on the way.”