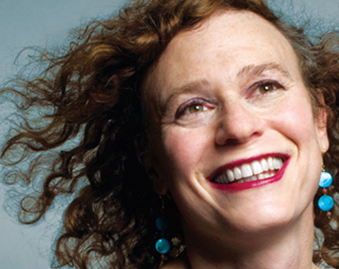 On March 1st, Keshet launched Kavod Achshav | For the Sake of Dignity: A Campaign for Trans Youth to mobilize the Jewish community in support of trans youth, in response to the recent federal roll-back of protections for transgender students in public schools. Joy Ladin underlines the urgency of taking action today to support trans students.

When I was growing up in the 1960’s and 1970’s, I knew that it was not safe to reveal that I was transgender – not in my home, not at public school, and certainly not in synagogue or Hebrew school.

No one told me that. No one had to. I could see that everyone always and only referred to boys and girls, men and women; in every poster, advertisement, TV show, movie, even baby pictures in family albums, every person was clearly marked as male or female. There was no acknowledgment, no sign, human beings might be anything other than male or female. Everyone in the world was either male or female, and there was no place for people like me.

By the time I was in first grade, I was consciously trying to hide the fact that I wasn’t the boy my body, name, clothes and roles proclaimed me to be. I knew that if anyone guessed the truth, I would be seen as ugly, unlovable, a monster from whom, I was sure, everyone, even my mother and father, would turn away.

There was literally nowhere in the world where it was safe to be openly transgender. Trans kids lived in fear and hiding, as isolated and vulnerable as Jewish children living in hiding in Nazi Germany, knowing our survival depended on denying who we were and passing as people we weren’t. Those who didn’t hide were experimented on, or subjected to electric shocks and other abusive forms of “treatment” intended to cure them of being transgender, or driven out of their homes, or abused until they ran away