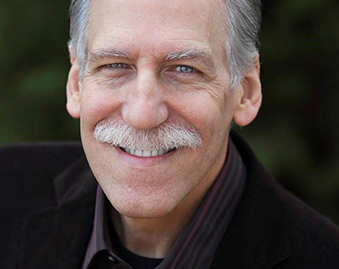 Conservative Messianic Jewish radio host Dr. Michael Brown organized an interfaith funeral for his mother, and invited gay Rabbi Bill Kraus to give the Jewish prayers, per the request of his Jewish sister. Rabbi Kraus managed to challenge the author views of LGBT people. “I care deeply about Rabbi Kraus and his gay friends and colleagues,” Dr. Brown wrote.

Few things are more intimate than a graveside funeral service attended by a handful of family members and friends, and if I were homophobic, I would have been mortified at the news that the rabbi presiding at the ceremony was openly gay. The truth is I welcomed him warmly (knowing exactly who he was), and he in turn welcomed me warmly (knowing exactly who I am). In fact, he is a regular listener to my radio broadcast, and I’m writing this article with his full permission and encouragement.

In the case of my precious mom’s funeral, I was told by the local funeral director that there could be a potential issue with the Jewish cemetery in New Jersey where my mother would be buried because I am a well-known Messianic Jewish leader (Messianic Jews are Jews who believe Jesus is the Messiah). There was also the issue of having a rabbi perform the funeral ceremony, since my sister and her son, who would also be attending, were not believers in Jesus. Would the rabbi have a problem with my participation?

After meeting with the funeral director in North Carolina (where my mother passed away), I heard from the rabbi, who is Reform (the largest and most liberal branch of Judaism in America). He wanted me to know he had no problem with interfaith services, and he assured the cemetery things would be fine. He also wanted me to know—to my absolute surprise—that he was a regular listener to my radio show. How extraordinary!

I, for my part, told him to focus on my sister and her son in terms of the ceremony, since he was there especially for them, while I would concentrate on giving the eulogy. I also said he need not be concerned about offending me in any way.

When we finished our talk, I got online to see if I could find out more about him and, again to my absolute surprise, I learned that he was an out and proud gay rabbi who strongly advocated LGBT-affirming synagogues.