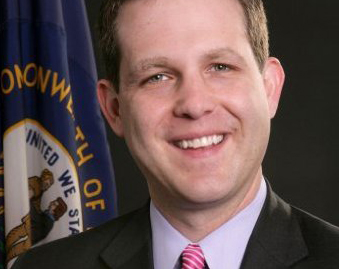 In 2012, Jonathan Miller wrote an article in the Huffington Post to promote his book, “The Liberal Case for Israel: Debunking Eight Crazy Lies About the Jewish State.” This week, when Israel-haters are trying again to use the LGBT community in order to promote the Israeli-Palestinian conflict, this post is becoming particularly relevant again. 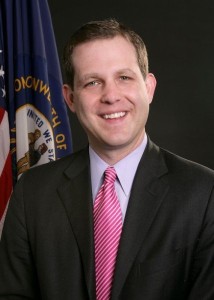 Israel’s commendable gay rights record should be a cause for the American Left to celebrate.  But in the Orwellian dystopia that is our political discourse today, the Israel-is-always-wrong crowd has used Israeli publicity of its proud LGBT culture as yet another reason to criticize the Jewish State.

Borrowing a term coined by the breast cancer prevention community to describe companies that claim to care about the disease but at the same time sell carcinogenic products, the anti-Israel crowd has redefined “pinkwashing” as Israeli propaganda designed to hypnotize American liberals into ignoring Israel’s transgressions in the disputed territories.

The most quotable advocate of this terminology is CUNY English Professor Sarah Schulman, who  described her objective as trying to frame the Palestinian cause with simpler language, “like in the kinds of magazines you read in the laundromat.”  (Perhaps “pinkwashing” is supposed to remind laundromat users of the infuriating consequences of leaving a red shirt in a white washload?)

Schulman’s proof of Israel’s nefarious, designs?  She quotes a Tel Aviv law professor who claims that “conservative and especially religious politicians remain fiercely homophobic.”  A comment that’s about as probative and relevant as a “Yo Mama” joke.

Indeed, the explanation is so simple, it’s hard to imagine any alternative reasoning.  It’s called capitalism, or more precisely, tourism promotion: Israel brags about its extraordinary LGBT culture in order to encourage gay and lesbian people from all over the world to visit the Jewish State and bring their tourist dollars. Considering the subject matter, it’s a remarkable and heartening development:  I can only dream of a time when my home state of Kentucky would launch advertisement campaigns to encourage gay and lesbian people to visit our beautiful state parks.

And what’s the alternative?  Should Israel hide its vibrant LGBT culture so as not to offend the senses of radical anti-Zionists?  Doesn’t this call to the closet run precisely counter to the extraordinarily effective strategy launched by gay-rights martyr Harvey Milk, who presciently argued that when people learned that their family, friends, and neighbors were gay — that gay people too can do “heroic things” — they’d understand that homosexuality was not “abnormal sexual behavior”?

Some of the “pinkwashing” logic has been so stained by the BDS spin cycle that that it verges on parody.  Professor Jasbir Puar, who teaches women’s and gender studies at Rutgers University, argued at an April 2012 New York forum that the Israeli occupation “is one of the most contentious issues in queer organizing today.”  When questioned about the Gaza government’s treatment of gay and lesbian people, she retorted that “it doesn’t take away from the fact that there is an occupation.  We can’t judge a country by its attitudes towards homosexuals.”

The LGBT movement shouldn’t concern itself with the treatment of gay and lesbian people, but instead it should enter a contentious, unrelated debate on the side of those whose elected leaders view homosexuals as worse than terrorists?  I’m no fan of identity politics, but if you are going to define your politics entirely based upon your identity, then you should at least consistently support your own cause.

Indeed, it’s difficult not to suspect that the “pinkwashing” charge is a pernicious, even sinister, cover-up.  It deliberately attempts to silence the voices of gay and lesbian people who want to use Israel as a template for progressive values; while, at the same time, also denies the horrific plight of homosexuals in the Arab and Muslim world, lest the contrast end up in Israel’s favor.  And it’s not just a matter of making LGBT rights irrelevant; it’s a campaign that de facto prevents discussion of how to move the world forward on gay rights, as well as how to prevent the continued state-sanctioned persecution of gay and lesbian people in the Middle East and Africa.