On Thursday, Jerusalem City Council finally approved the budget for the Jerusalem Open House for Pride and Tolerance for the coming year, but it didn’t go smoothly. 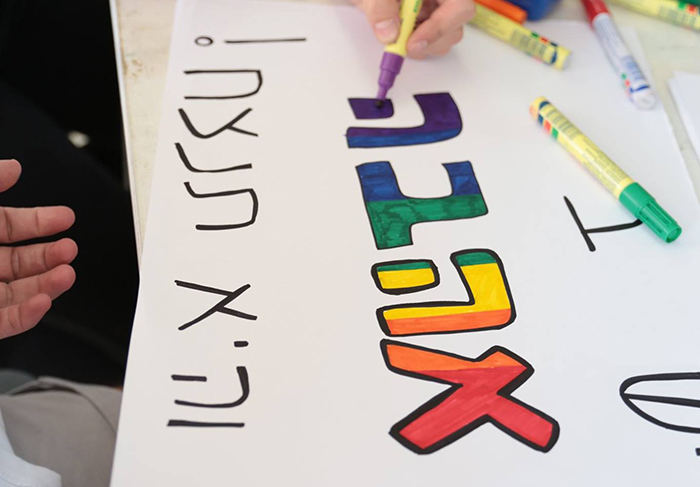 “It’s sad that every year during this process we still hear that people refer to the Open House as ‘the school for Sodom and Gomorrah,’ but there will come a day when the budget will be approved peacefully and calmly, you wait and see,” said Executive Director Elinor Sidi.

Since 2002, the Open House has sent ten petitions against Jerusalem City Council for discrimination in distribution of public funds. In 2010 the Israeli Supreme Court ruled that indeed the LGBT community was discriminated against in distribution of public funds and instructed the Council to transfer more than half a million NIS to benefit the Open House.
Rabbi Nebenzahl sent out a letter signed by other rabbis, that calls Jerusalem City Council to act to “prevent distribution of municipal funds to the school of Sodom and Gomorrah.’ Council members were called to “obey the holy Torah and not be afraid of the Mayor.”

Last week, Council Member Arieh King boasted on his Facebook page that he was “successful in preventing the transfer of funds to the Jerusalem Open House”, threatening the funding for important life-saving programs such as our LGBTQ Youth Support Program, the Open Clinic and much more. “I believe everyone in the city is entitled to participate in his neighborhood activities, but it is unthinkable that a handful of people may receive funding just because of their “world view” and a “unique personal feature”… “.

Dana Sharon, chairman of the Open House, commented in a press release: “King is right and I even agree with him. My vision is that one day we won’t need to have pride parades, the Open House won’t be necessary, and Jerusalem LGBT youth can just reach out to its neighborhood community and join activities like anyone else. However, past experience shows us that while LGBT communities are trying to fit into the cultural urban fabric, political activists have manned the barricades and set the city on fire.”