Transgender activist and a member of A Wider Bridge’s board of directors, Dana Beyer, comments on The New York Times’ op-ed ‘Is God Transgender,’ saying it’s obvious that trans visibility has progressed sufficiently that The Times would publish such an op-ed. 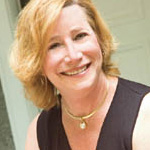 I’m going to tackle something a little different now, because it tickles me and touches on some of the topics that have given me pleasure over my lifetime. A few weeks ago Rabbi Mark Sameth wrote a New York Times op-ed entitled, “Is God Transgender?”

The title, as is often the case since it is written by someone other than the essay’s author, is not the question. The question is, does the Tanach, or Jewish Bible, present a more gender-expansive view of life 2-3 millennia ago than currently imagined? I believe the answer is yes, though not given the evidence Sameth provides. That evidence is pretty thin, or, in some cases, requires such acrobatic skill that it would make the Talmud-era rabbis look like the current Romanian gymnastic team compared to Sameth’s Simone Biles routine.

Most importantly, since Hebrew is written without vowels, it’s often hard to ascertain a word’s meaning. The classic example is the third person pronouns, הוא, he and she, which are spelled the same but with different vowel sounds. Tradition ascribes particular vowel sounds, but there’s no way to know what they originally were. Another example is inferring that the word for “to nurse” (לאמן) means to breastfeed, even when the same sentence actually contains another word (להניק) that actually means to breastfeed. Then he foes on with a curious statement about how the name of Yahweh was pronounced by the ancient priests, an interpretation with no historical basis at all. I love the acrobatics, but this analysis is a huge stretch by most standards.

And he left out the most potent story of all, the midrashic tradition, with sources going back to Sumer and Akkad, of Lilith, Adam’s first female partner, or even the analysis of the Biblical text which posits the first human as an intersex person, what used to be called a hermaphrodite.