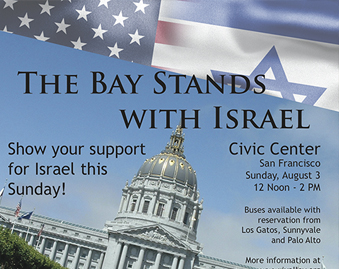 When: Sunday, August 3, 12:00-2:30
Where: Civic Center Plaza, San Francisco (Polk between McAllister and Grove)
View this event on Facebook

Please join the supporters of Israel on Sunday as we take our message to the heart of San Francisco.
Our friends and family in Israel have been the target of over 2000 rockets, each one aimed deliberately at civilians and each one using civilians as human shields. The brave men and women of the IDF are destroying tunnels meant for an invasion that could have killed thousands of women, children, and senior citizens.

We can’t be there to help them in person, but we can show them our support in public. Come join us to show that we are all united in our support for Israel, it’s right to defend itself and it’s desire to live in peace with its neighbors.

So far the following speakers have confirmed their attendance:

After the speeches we will march from the Civic Center Plaza to the Justin Herman Plaza.

We will NOT allow any signs calling for violence against Arabs or Muslims in general. A selection of very useful signs can be found at http://www.standwithus.com/signs/.

The event will be secured by the police. For more information, please contact Gil Shotan, baywithisrael@gmail.com 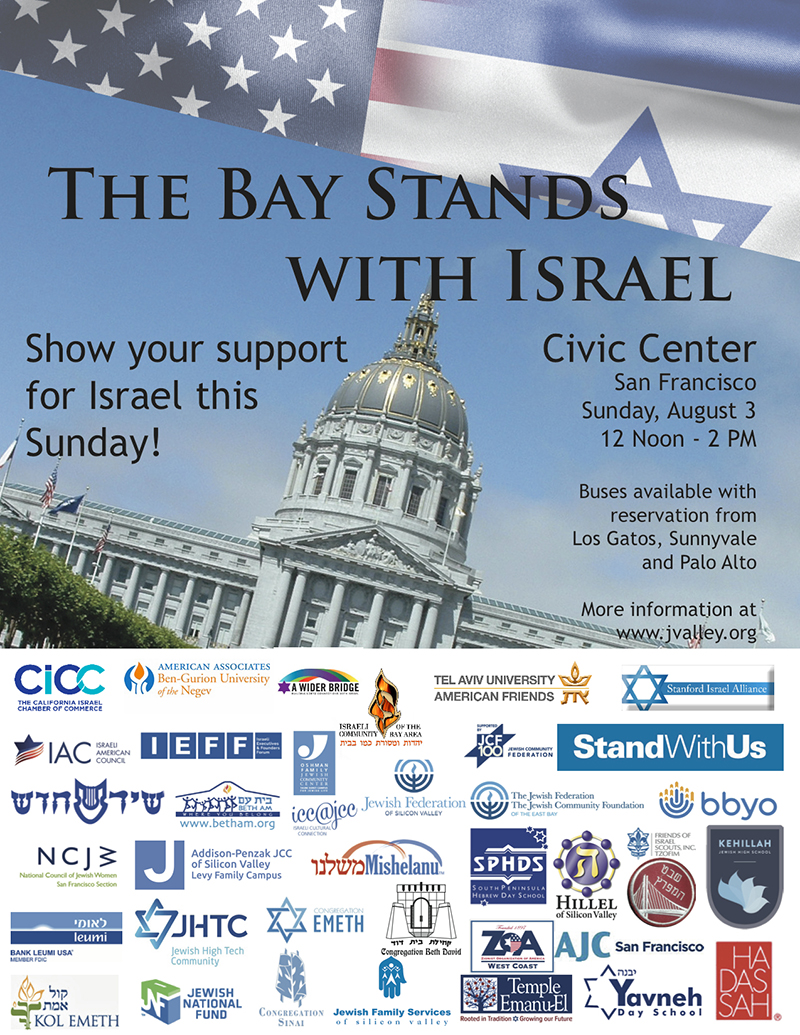