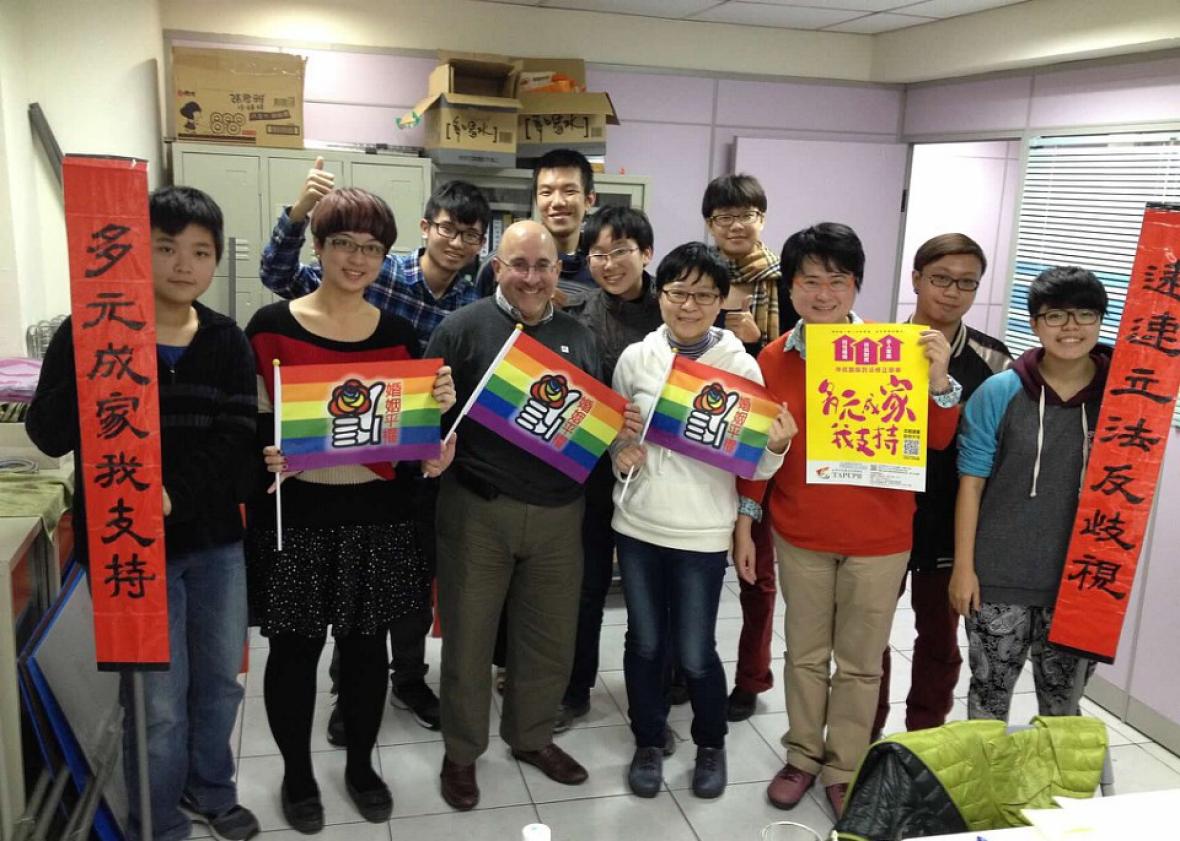 On Wednesday, Taiwan’s Constitutional Court ruled that laws prohibiting marriage between two people of the same sex violate constitutional guarantees of equality. The court ordered parliament to amend the civil code within two years to comply with its decision. Once it does, Taiwan will become the first jurisdiction in Asia to allow same-sex marriages.

he triumph in Taiwan was especially thrilling for Evan Wolfson, the architect of marriage equality in the United States. After the Supreme Court legalized same-sex marriage nationwide, Wolfson closed up his campaign, Freedom to Marry, and became an ambassador for marriage equality. Wolfson has traveled the globe promoting LGBTQ rights and working with local activists to change both laws and public opinion.

“We all know that working for LGBT rights, women’s rights, and human rights around the world involves confronting some real terrible situations,” Wolfson said.” Just look at Chechnya, Indonesia, Uganda, Saudi Arabia, Iran—countries where homosexuality is illegal, where gay people are put to death. It’s absolutely crucial that we work on these dire places, and help gay refugees, and push for decriminalization of homosexuality, and so on. All that work is extremely important and should not be lost in the shuffle. But it’s also important that we get rule-of-law countries where they need to be in order to create human rights momentum that’ll be helpful in moving the world forward. We have to make sure that we win the freedom to marry in countries where we can win and use those victories as building blocks so we can to lift up everyone, everywhere.”

Read the full interview on Slate