Chen Arieli, chair of the Aguda, was chosen as one of the 20 most influential women activists in 2018 by top financial Israeli magazine Globes. 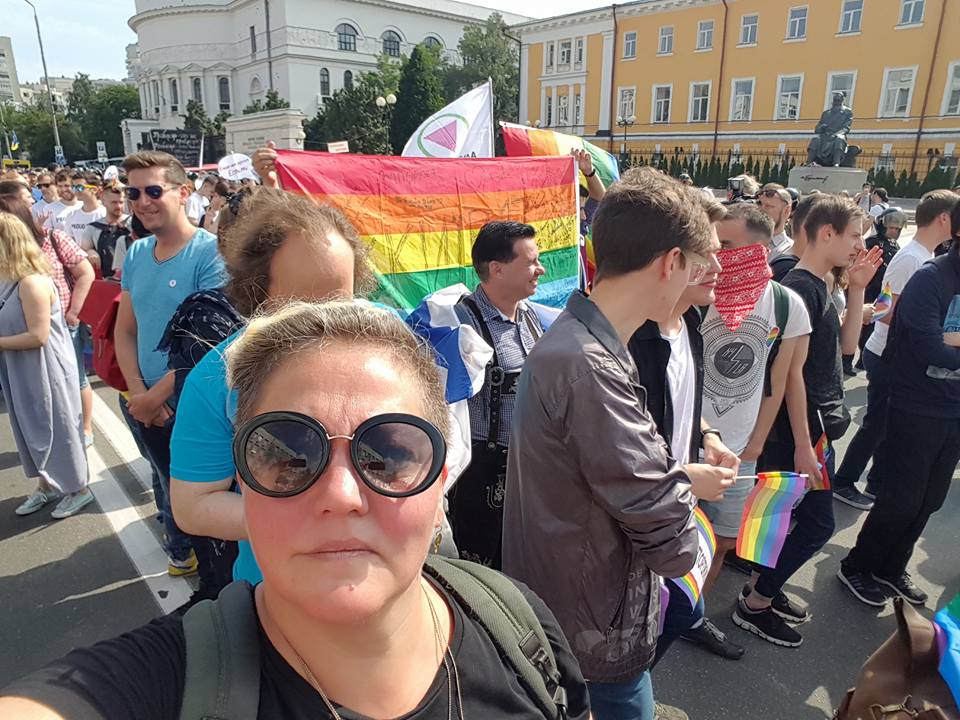 Business news and analysis magazine from Israel, the financial daily Globes, published Tuesday its annual list of the top 20 most influential women in activism. Chen Arieli, chair of the Aguda, the Israeli LGBT Task Force, was included on the list.

Follow the publicity, Arieli took to Facebook to thank Lady Globes (the women’s section of the magazine that initiated the list), “it feels good to be recognized,” Chen wrote.

“I’m an activist for over 20 years and I’ve always been uncomfortable with lists of this sort,” Chen added. “There were many lists throughout the years on which I wasn’t included, and it didn’t make me less of an activist or less influential. I would like to use my place on this list in order to give space to the rest of the 2 million women activists: we are all in all of the lists, we make space and create visibility to every other woman who works and gives others hope. Revolutions aren’t made by one person alone. No one is an activist only for herself.”

Here’s the translation of the article on Chen, titled ‘Dependent Variable X’:

“In a place where I believe there should be a change I get up and work for it. I can’t let myself sit on the fence. I’ve had an evolutionary process [in activism], and I entered the LGBT arena because I felt that there was not enough female representation in this struggle. For years it was mostly gay, white men.”

“The theme of the Gay Pride Parade was chosen by the Tel Aviv Municipality for years, and one of the first things we did was to open the subject to a broad community discourse and create a democratic process. It’s a practice that allows all voices to be heard. In this process minorities in the community can be heard, for example, women united and campaigned for a feminine subject to be chosen. This is something that had failed for many years before that. Another issue was the latest rally for the adoption. We managed to get 15,000 people out into the streets, the largest demonstration in the history of the community in Israel, and we managed to leverage a struggle that was mainly gay struggle into a struggle of all of us, which caused a very large public resonance. In that demonstration a transgender mom spoke about how the Welfare authorities abused her, and we managed to turn this fight into a broader that that speaks about us being second-class citizens in terms of the state, not just in the adoption issue. ”

“The last issue in the story of adoption was a breaking point. [We felt that] the state is constantly harassing us – there was a sense of despair – no matter what we do, we go one step forward and three steps back. Another rabbi incites against us, another office denies our rights, the High Court rejects us again. I felt that we were doing the same thing again, that it was not working again, and that the method had to be changed. Despite the crisis, this was also a turning point. We understood in the community that we should politicize the struggle. It is not enough to be a community or a minority that fights – we have to stop relying on the state and the empty promises of politicians who stand on our platforms and take pictures in the pride parades, but in practice don’t move anything forward. The time has come for us to grasp key positions and enter politics for ourselves, instead of gathering favors. We neglected it for 40 years, and now is the time.

“There are many points of crisis in the struggle, and the trick is to learn from them. The [social] struggle issues [in Israel] are a bleeding field in which every subject competes for the center of public attention, and everyone pursues resources, visibility and recognition. In order to know how to overcome crises one needs to learn to improvise and take deep breaths. A sense of humor is also never harmful. Every day there can be a crisis or something new that will come up and shuffle the cards. The trick is to know how to go about it without shaking the entire struggle and create mechanisms that can cope with the dependent variable X, which may yet to occur. ”