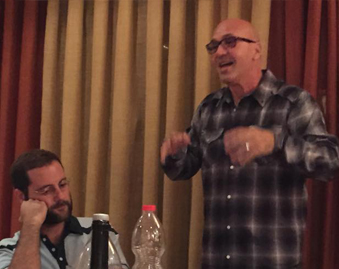 As a self-proclaimed Queer Jew, I’m a big proponent of the shades of grey that are associated with life. Not everyone is simply gay or straight, just as not every Jew is hugely orthodox or completely reformed. These hazy lines exist beyond self-definition too. As I found out today, they even exist in interpretations of history.

We began our day at Masada, the site of both a lavish “summer house” and of a collective suicide of hundreds of Jews. The story goes that these Jews fled both an oppressive government and a pending invasion by the Romans. They climbed Masada, found provisions to sustain them, and decided to stay. Of course, the Romans found the Jewish rebels and began attempting to take over the fortress. Eventually, they did. But, the night before the invasion was to take place, the Jews killed each other in a religiously acceptable mass suicide. The result, almost 2,000 years later, was martyrdom.
That was the story of Masada I was raised upon. However, there’s more to it than that, Hillel, our tour guide informed us. No bodies were ever found, so no one can really confirm the suicide at that site (though they can confirm that Jews lived there). Furthermore, there was evidence that not everyone was in support of the idea of the suicide. Those dissenters, many say, were killed on the spot. This information cast new shades of grey on an otherwise clear story for me.

But the degrees of grey did not end there. At dinner, our special guest was Gal Uchovsky, an Israeli writer and journalist who is often deemed the most influential gay person in Israeli media. During our dinner, Uchovsky spoke of both the good and the bad of Israeli LGBT society. He told us not only of famous transgender Israeli singer and winner of Eurovision Dana International, but also of the murder of a transgender person in south Tel Aviv only a few years earlier. Mirroring the many shades of Israeli society, Uchovsky has shades of his own. Recently, the debate about outing public personalities (read about it here) centered around Uchovsky’s strong beliefs on the subject. The diversity of beliefs on this and many other topics, just goes to show how nothing is ever two-sided.

On a personal level, the shades of grey exemplified in today’s experiences were comforting. I felt more at home in a group that asked questions and never took things in simple binaries. I’m really looking forward to the days to come. 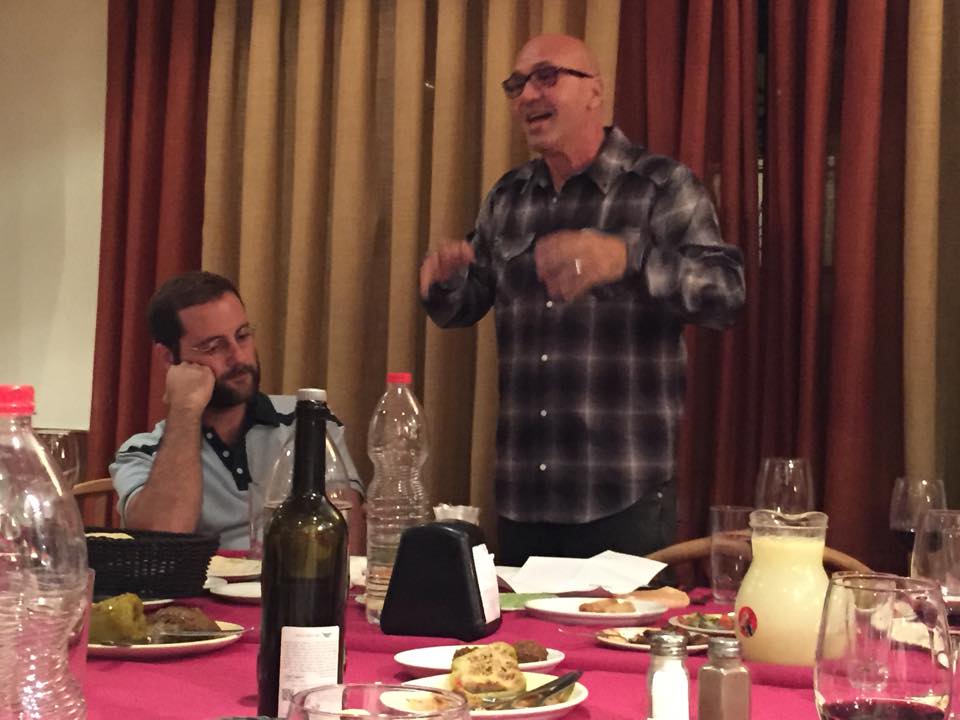