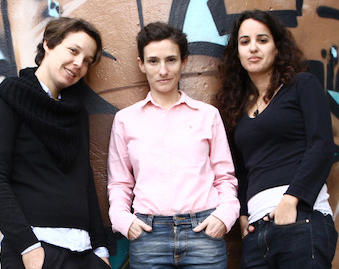 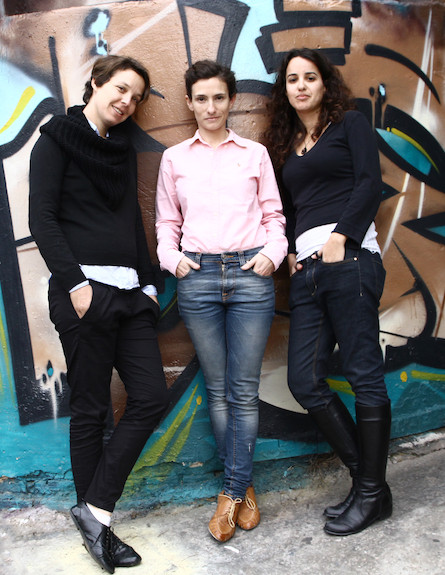 ‘Reality Check’ by Michal Vinik and ‘Alice’ by Dana Goldberg were the two stand-out movies on the 5th Lethal Lesbain Film Festival in Tel Aviv on Saturday. Festival founder, Anat Nir, talks to us about the sold-out event.

About 1000 women of the LGBT community arrived on Saturday for the 5th annual ‘Lethal Lesbian Festival’ in Tel Aviv, an Israeli film festival dedicated entirely to lesbian content and promoting lesbian filmmakers in any genre, from comedy and drama to video art and documentaries. “One of the reasons we started this festival 5 years ago, was going to the cinema to watch a movie like ‘When Harry Met Sally’ and realizing it’s not our story,” says Anat Nir, one of the founders of the sold-out event. “It’s a funny and adorable movie, but we can’t relate to that.”

Besides wanting to promote lesbian filmmakers, Anat Nir co-founded the ‘Lethal Lesbian Festival’ in 2008 with Dana Ziv and Lior Elefant because they put together quite a few Israeli lesbian projects that never found a way to a real mass  audience. “At the beginning we didn’t think we were launching a yearly event,” says Anat. “It started because we had a few movies made by our friends and decided to present the works in a long ‘movie night’ event. In time we realized that this event can be a great stage for these creations, and can kick-start a wider recognition of lesbian Israeli filmmakers.”

In an interview with A Wider Bridge, Anat Nir explained the importance of having an annual event like the ‘Lethal Lesbian Festival’. “Our community is mainly centered on young people, parties and nightlife, which is great,” she says, “but I think that developing an LGBT culture is also important, and I’m happy to say that the city of Tel Aviv, Keren Rabinowitz film fund and the LGBT center are really supportive of this. We are promoting lesbian work all year round, we have meetings, lectures, screenings in Israel and abroad, and a collection of movies that we have compiled onto a DVD that  we offer for sale in ‘The 3rd Ear’ record store.

The movies that grabbed the most attention this year were Michal Vinik’s “Reality Check” and Dana Goldberg’s “Alice”, films that have already gotten a few awards and are just starting their international festivals tour. “Alice” is an 80 minute movie that won 3 awards at the Jeruslaem Film Festival and ‘Reality Check’ is a short and sensitive movie that won TLV Fest and was chosen as the official selection of the Locarno Film Festival,” says Nir. “The Movie ‘Who Are You?’ by Veronica Nicole Tetelbaum had its world premiere at the festival, and there were also a series of sketches called ‘That’s the way we do it’, that I think symbolize an increased tendency for lesbian creations for the internet.”

The festival organizers definitely think of making the festival bigger next year. “Every year we have more women coming than there are seats in the venue,” Nir tells us. This year there were also tourists and guests from outide of Israel who came especially for the event.

As in every year, this year also the managers of ‘Lethal Lesbian Festival’ are encouraging the community to send new films. “Our only criteria are that the movies should be made by a lesbian, should be about lesbians, or have a lesbian character,” says Nir. “We have presented movies that were made by a straight woman and even by a man. There’s a committee that watches all the movies that are being sent and decides which ones most qualify for the festival.”