Israeli gay swimming team TLVnemos came back from an international LGBT swimming competition in Berlin with 10 medals: “We call on Israeli officials to help us fund more participations in such tournaments.” 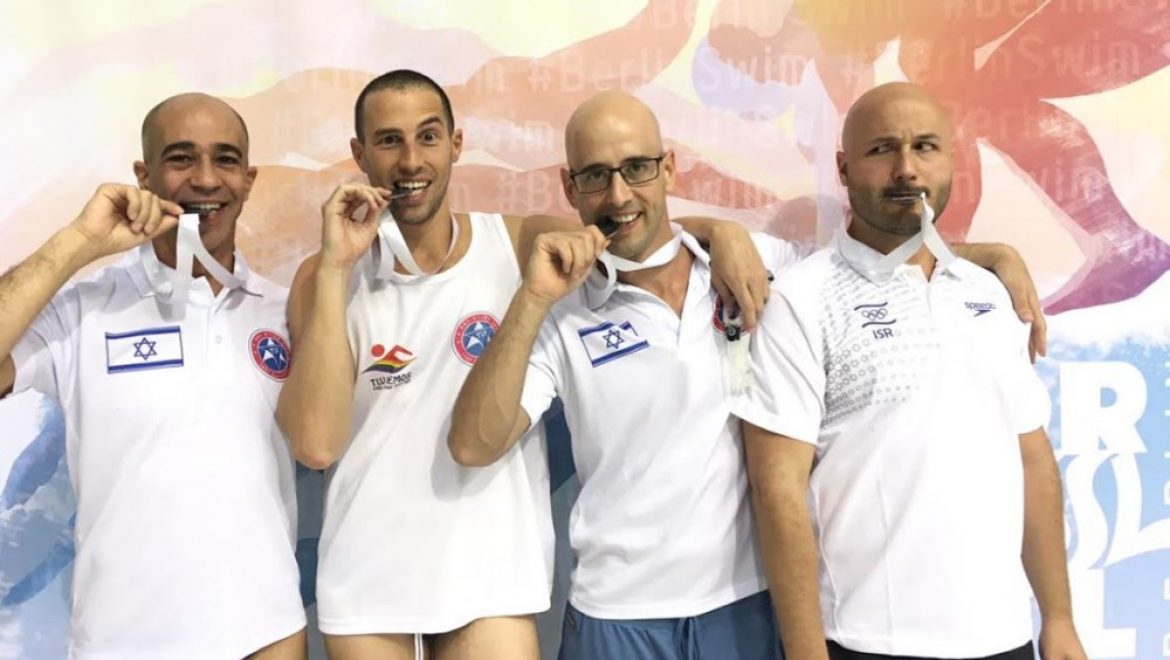 Vorspiel, Berlin’s LGBT Sports Club, held its annual international swimming competitions on October 14, with participation of 350 swimmers from across Europe.

Tel Aviv’s LGBT Sports Club was represented by eight swimmers from TLV Nemos, the club’s official swimming teams. The swimmers of the group raked in a total of 10 medals, including seven bronze medals, two silver medals and one gold medal for the relay team (4X50 free), in which TLV Nemos defeated the relay team from every other team in Europe and won by a large margin.

Krispin and his friends also used the schmoozing in the tournament to tell people about the upcoming Tel Aviv Games, and the majority of participants showed interest in coming to Israel and participating in TAG2017 at the end of March. “We expect participation of distinguished athletes from all over the world and invite the Israeli and Jewish athletes to attend the event, as competitors or viewers.”