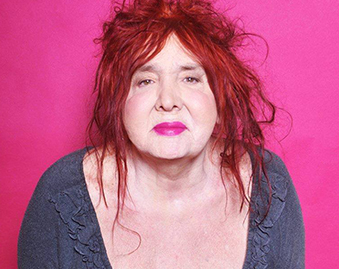 Yair Hochner, Creative Director of TLVFest, Tel Aviv’s International LGBT Film Festival got to know the iconic Gila Goldstein Z”L personally, and spoke at her funeral. His words give a glimpse of who Gila Goldstein was, and how much she meant to the LGBT community in Israel 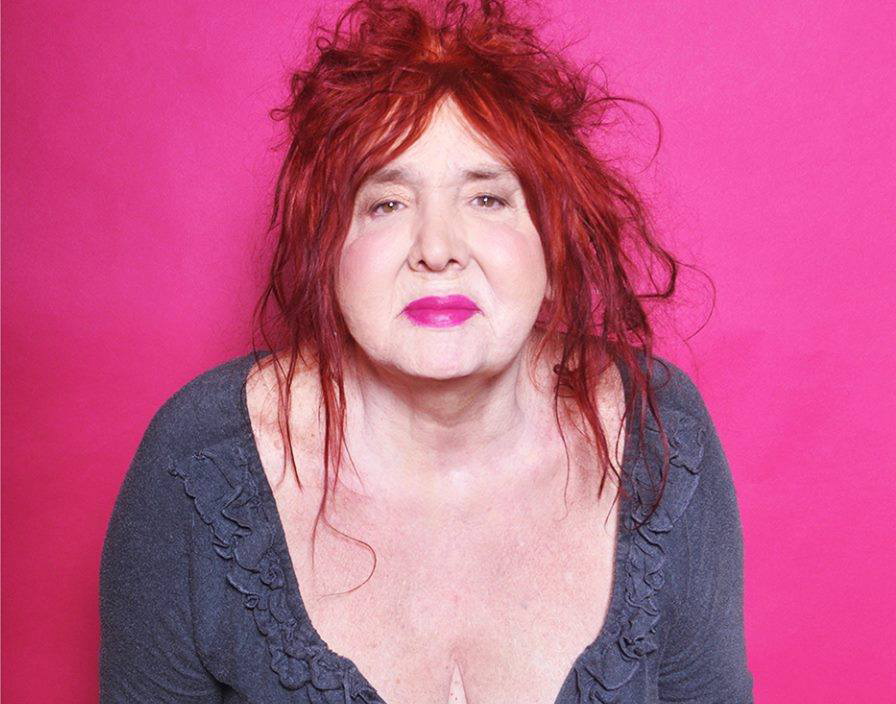 I didn’t plan to speak at Gila’s funeral. Israela Stephanie Lev surprised me when in the middle of the ceremony she came up to me and asked if I could say a few words. I didn’t have anything written, only one memory I wanted to share.

When I met with Gila Goldstein to tell her I want her to play the spiritual mother of the main character in my film “Good Boys” she was surprised. She began to laugh with her loud voice and said, “Me? A mother?” I answered simply, “Yes.”
So there, Gila, you see? All of your hundreds of children came to say goodbye to you on your last journey.

I’m still totally confused and don’t really feel I’m able to pick the right words and the feelings welling up in me since I learned about the passing of Gila. So here’s a little about my acquaintance with Gila, and how much she’s important and significant for me on a personal level.

I was looking for an actress for my first film, and Erez Brzolik recommended that I attend the Darling of the Community ceremony held by the Aguda at Tzavta Theater and talk with the honoree, Gila Goldstein.

It was in 2003. I approached her with hesitation, among the hundreds of people who crowded to enter the hall, and I asked her if she’d like to meet, that I was making a film and I thought she could play one of the characters.

Amidst it all, she gave me her phone number and recited and memorized my number, and really one of the amazing things about her was her ability to remember phone numbers of her favorite people. She had no cell phone, she never wrote numbers, she remembered them. She had an incredible memory. Even when we were just sitting in a cafe chatting, she remembered the number.

When she went on stage to accept the award she pulled out her reading glasses from between her breasts, an myself I later used at various events of the festival. I always reminded the audience that I learned that from Gila Goldstein.

The rehearsals with Gila were a school for life. If I thought my film was violent and extreme, Gila’s stories were no less horrifying. Life had beaten Gila from childhood. She was sexually abused by her neighbor, older clients took advantage of an innocent little boy, there was violence by some of the policemen and her clients when she was an adult. Despite everything, she never lost her love for life.

Gila loved to talk about her performances in clubs, in Tel Aviv, in Paris, in Berlin, alongside her work as prostitute. Her lovers are all around the world. Her dream to be a real actress never abandoned her. Even in the hospital she made me promise her that one day I would cast her again in a film, even though she knew that since 2008 I haven’t been directing films.

After the filming we became friends. I would spend the afternoon and night hours with her at Gorgia Cafe on the corner of Zamenhof until they told us to leave. On weekends we’d go to different parties together. She didn’t have much strength by then and she was mostly at the bar, but when she was asked to give the piece, she would wake up revitalized with “New York, New York” by Liza Minnelli or one of her mythological songs, “Everybody Dance” or “The Lady Asks for More.”

On one of our nights out I got very heavily drunk. My partner Itzik had to roll me into the back seat of his car, and Gila sat in front next to him, amused to see me drunk. At that moment I said to her, “Gila, I really love you.”
From that moment, whenever we met in the last 14 years she said to Itzik, “Do you remember?” Even when we spoke on the phone she asked me to give the cellphone to Itzik so she could ask him, “Do you remember?”

On our last visit just over a month ago, in a hospital, after having had a severe heart attack that started the whole health deterioration that ended this week, just before we went home, she turned to Itzik and said with a smile, “Do you remember?”

Gila may had love for cinema but she herself seemed like a cinematic character from Fellini, Pasolini and Almodovar movies altogether. A colorful, larger than life woman, with power and essence, who knew exactly what to say at the right moment.

That’s how she left us, during deep sleep.
Traveled to a world entirely built of dreams.
I’m sure she found her boyfriends and girlfriends from the past, and she’s now having a cigarette and a cup of coffee with them. I will miss and never forget you. Tel Aviv will be boring without you.