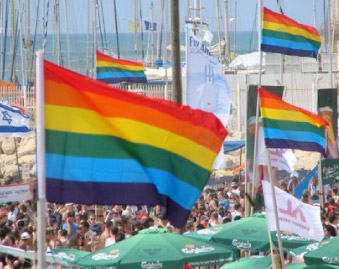 If anyone needs further evidence of the gulf separating Tel Aviv and Jerusalem, they might check out the LGBT travel website Gaycities.com, which has named Tel Aviv the best gay city of 2011.

The website refers to Tel Aviv as “the city that never takes a break” and calls the LGBT life there “perhaps the most vibrant in the Middle East.” The write-up praises the openness of the city by the sea and says that thanks to “the democratic tradition of Israel, the gay community enjoys political freedom as in no other middle-eastern country.”

Gaycities.com says that “rarely a month goes by that Tel Aviv isn’t celebrating some musical or cultural event,” adding that “huge dance parties” host local and European DJs each weekend.

Tel Aviv Mayor Ron Huldai greeted the news on Wednesday by writing on his Facebook page that “victory in this competition further highlights the fact that Tel Aviv is a city that respects all people equally, and allows all people to live according to their values and desires. This is a free city in which everyone can feel proud, and be proud of who they are.”

The victory came only four days after Minerva, Tel Aviv’s only Lesbian bar, closed its doors after 14 years as a mainstay of the city’s LGBT community. In its place, the owners plan to put up a luxury high-rise.

Etai Pinkas, head of Tel Aviv’s municipal LGBT center, said that such surveys and contests indicate the growing progress the city has made in putting itself on the LGBT tourist map.

‘Tel Aviv in recent years has gained the status as a place where it’s fun to be a gay tourist or a gay resident,” he said. “The number of people who visit keeps growing, and the word-of-mouth just increases.”

Pinkas said that Tel Aviv was an attractive destination for LGBT tourists because it combined the beach and urban cultural attractions, unlike other cities, which typically have just one or the other. He added that the city also benefitted from being just a day-trip away from historical and religious destinations like Jerusalem.

He also said that gay tourists tend to spend more money than non-gay tourists and that the city and country had benefited greatly from this. He noted that while Tel Aviv had invested significant funds in promoting itself as a gay-friendly destination, the real credit went to tourists who return home and come back with friends.

Read the entire article in The Jerusalem Post here.