Deputy Mayor and several city council members from the city of Amsterdam held a meeting Thursday with representatives from the LGBT community in Israel, regarding cooperation between the gay communities of Amsterdam and Tel Aviv. 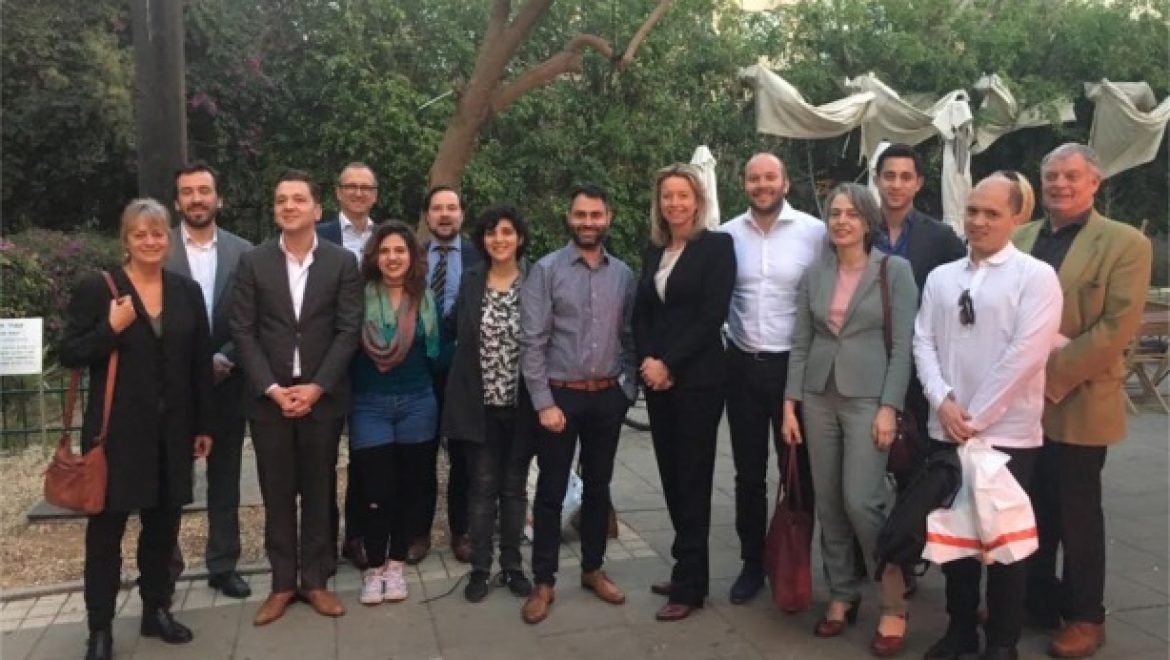 The visit, which took place at the Tel Aviv LGBT Center, was held as part of the framework of cooperation between the two cities that began two years ago. Amsterdam is also maintaining a similar cooperation with the city of Ramallah.

The Dutch delegation was hosted by the Tel Aviv city council member and CEO of Israel Hofsheet movement, Mickey Gitzin, who himself is a member to the LGBT community.

Gitzin mentioned Hoshen’s cooperation with the police in terms of education and sensitive treatment of LGBT affairs, and talked about Hoshen’s activities in LGBT advocacy and its workshops for workers in the education system in Tel Aviv.

The council member also described the activities of the municipality with regard to LGBT people and how the city deals with the prostitution circuit in which many LGBT people find themselves in order to survive, without the support of their parents, due to non-acceptance, especially with regard to the transgender community.

The issue of security was also prominent during the meeting. The Dutch spoke about A Pink Police that operates in the city and is specifically aware of the needs of the gay community. However, the Dutch reported an increase in violence against the LGBT community in their city, which is considered one of the most LGBT-welcoming cities in the world.

Dutch representatives explained that as much as Amsterdam is perceived as the city of freedom, sometimes even there the street experience is not simple. Nevertheless, the city is very pluralistic and the percentage of its LGBT is high and therefore the community matters are on the agenda there also.