Talleen Abu Hanna, Miss Trans Israel 2016 is currently on a speaking tour across the United States. The beauty queen, who embarked on a successful modeling career, landed in Boston on Sunday, and is scheduled to stay in America for 10 days. 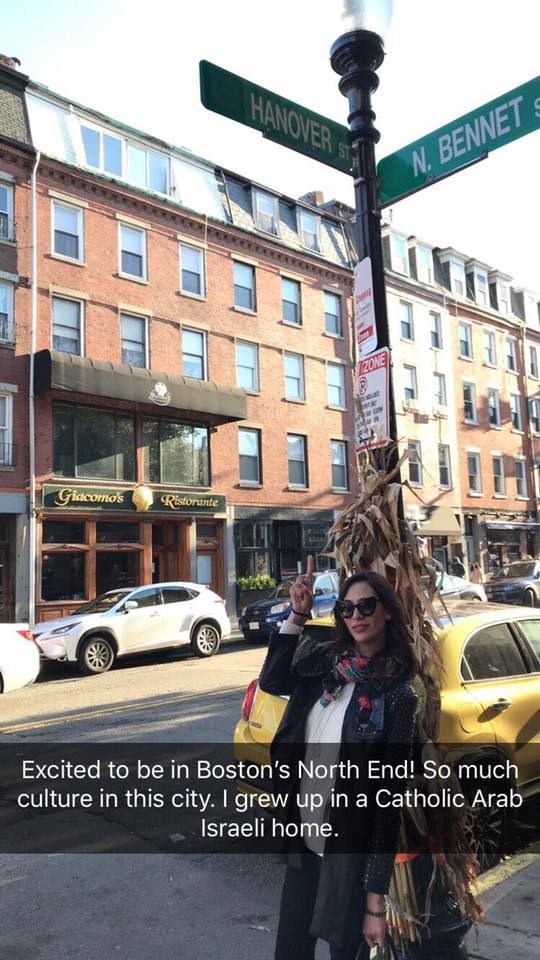 Abu Hanna spoke yesterday at NEU Hillel and later at Fenway Health. Today she speaks at Tufts University (hosted by Tufts Friends of Israel). On Thursday she’s scheduled to speak in Miami Beach, FL, and next Sunday (Nov. 19) at a Chicago event co-sponsored by A Wider Bridge Midwest.

On November 21 Talleen will participate in the Trans Day of Remembrance Interfaith Vigil in Milwaukee. 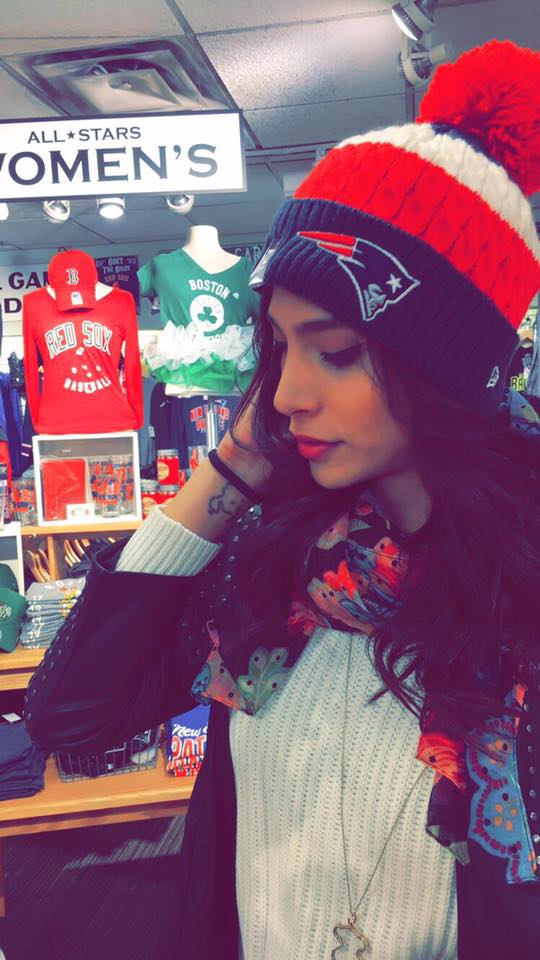 Talleen at the Boston airport

Talleen was elected the first Miss Trans Israel in 2016, and since then has gained notoriety in Israel and around the world. She was born to an Arab-Israeli Christian family in Nazareth, and began her gender transition in 2015. This year, Talleen’s modeling career took off, and she was selected to be a model for the designer Desigual and the Fattal Hotel Chain. Most recently, Talleen participated in the Israel version of the reality show “Big Brother.” She was officially named an Ambassador of goodwill for the LGBTQ community during the 2017 Tel Aviv Pride Parade.

“I feel that I’m representing my community, the LGBTQ [Israeli] community in the world,” Talleen said on the Israeli morning show on Channel 13, a day before she went on the tour. “I was in America a couple of months ago, in Washington DC, I spoke there, I told my story, and I think it brings visibility and empowerment to many people.”

In the Israeli interview, Talleen was also asked about Pinkwashing, how it’s possible that she was sent to speak about how good Israel is to LGBTQ people, while Israel, for example, does not approve adoption for same sex couples. “It’s very true,” Talleen said, “but me, I have no connection to politics, I’m not a politician. I’m only a 23 year-old woman. I’m not coloring anything pink. I’m going, first and foremost, to represent my community because I think it promotes me, personally, and it helps all of the people I represent who really suffer, and really want openness and development for all people so we can all live in full equality.”