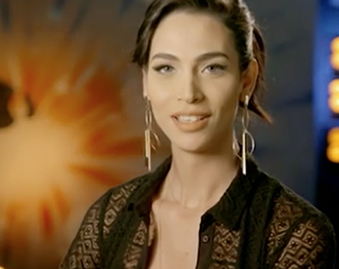 Abu Hanna entered the hit reality competition show together with 14 other contestants, and will compete for the hearts of the viewers- and a prize of NIS 1 Million. Fans of the show can watch all the contestants 24/7 on a special channel on Israeli TV and on the internet. “I was afraid they would add a religious extremist contestant who wouldn’t accept me,” she said in the house.

Other contestants in the Big Brother house who never heard about Talleen asked her about her transgender story and the acceptance by her family. “My mom is supportive, my dad is less supportive,” she said. “It was so difficult when I was a kid. I thought I was a crazy person.”

Parallel to her entrance to the show, Tallinn’s Big Brother questionnaire was published on the show’s website:

Date of Birth: July 30, 1994
Residence: Tel Aviv
Originally from: Nazareth
Status: In relationship
Occupation: Dance teacher
Life Motto: Hatred leads to death, love leads to life
Who would you like to sit with at dinner: Singer Nasrin Qadri
What would you change about yourself: Stop blushing when people compliment me
Sexiest person alive: Model Adriana Lima
What superpowers would you like to have: I wish I could be Wonder Woman
Life’s milestone: Sex reassignment surgery
My perfect vacation: Thailand
Ultimate self-pumper: Shopping
Last time you cried: I cry a lot
If you were an animal, which one would you be? A lion, because he’s the king
What dish can you cook best? Ramen Noodles cup