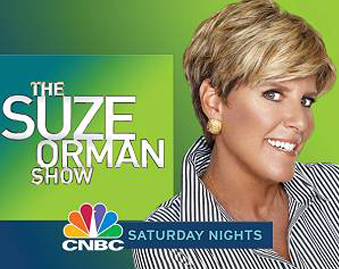 Finance expert Suze Orman, who was just marked as one of the 50 most powerful LGBT people in America (and is also the only Jewish-lesbian woman to made the list!), spoke candidly about her experience as a gay taxpayer in America on Monday.

Personal finance expert Suze Orman took a break from her news desk at CNBC on Monday to speak candidly about her experience as a gay taxpayer in America.

“There is such discrimination [in our tax code], from insurance benefits to Social Security benefits … anything you can possibly think of,” Orman said during a conference call coordinated by the Respect for Marriage Coalition.

“It’s a travesty to say the least.”

The crux of the gay marriage tax debate is this: So long as states continue to legally recognize same-sex marriage while the federal government does not, couples essentially have double the amount of work on their plate when filing their tax returns each year.

For instance, a same-sex married couple living in New York state would need three tax returns –– one joint state return and two separate federal tax forms for each of them. “We can’t just go down to H&R Block and have them plug in our numbers,” family law attorney David Pisarra, who is also in a same-sex relationship, told Business Insider. “You’re probably going to at least double, if not triple, the accountant’s time, because you’re adding one state return and two federal.”

Further complicating matters, same-sex couples aren’t able to access some tax breaks that traditional married couples can. A gay stay-at-home parent, for example, can’t currently enroll in a Roth IRA or traditional IRA because they can’t claim their spouse’s source of income.
Read the full story on Business Insider