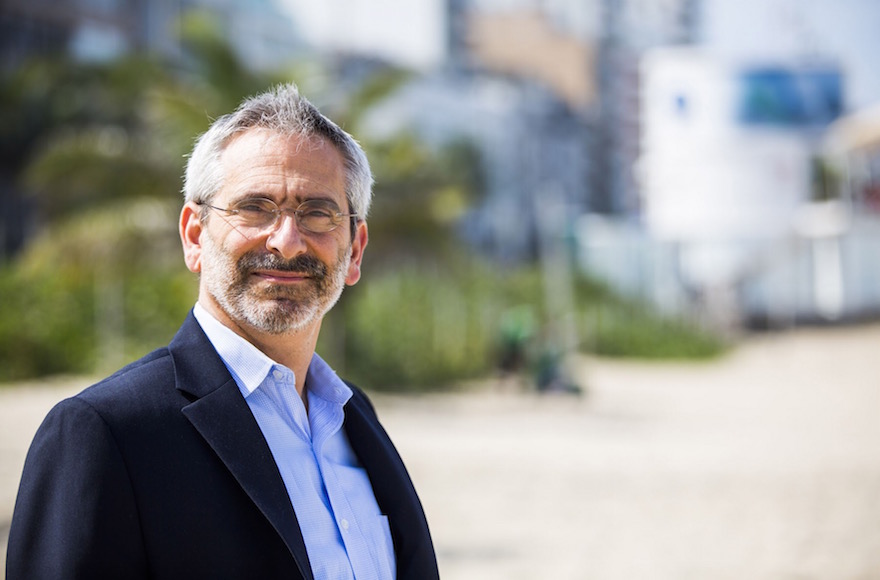 Rabbi Steven Greenberg of Eshel, seen in 2014, was the first openly gay Orthodox rabbi and has propelled the conversation about LGBTQ acceptance in the Orthodox community.

Mindy Sager Dickler was speechless when her youngest child Ely came out as gay.

“I couldn’t speak. My husband told him ‘We love you, you’re our son and it doesn’t change anything,’ and I just went to him and hugged him tight,” Dickler said of that Rosh Hashanah weekend five years ago.

She remembered going to bed that night with a lot of questions.

“It was a new reality. I remember realizing that everything I always assumed, that all my kids would grow up and get married to someone of the opposite sex — that was a given that was just in the back of my mind. And then ‘pop!’ It was gone and I had no new image with which to replace it,” she recalled.

And then a few weeks later Dickler had an epiphany.

“I remember thinking, he was created in God’s image the same way I was. There can be nothing wrong with that. It was a very comforting thought for me,” she said.

And so began Dickler’s journey to come out as the mother of a gay child; a journey many parents make, but one that can be especially fraught for members of Orthodox and Haredi communities. In these circles conformity is the norm and LGBT children and parents often feel stigmatized and ostracized, said Miryam Kabakov, co-director of Eshel, a New York-based organization that provides support for lesbian, gay, bisexual, and transgender Jews and families in Orthodox communities.

Most parents seeking support services from Eshel remain closeted because of homophobic speeches by rabbis and other community leaders or because of positions held by community institutions or family members. Indeed, rabbis are the last person many Orthodox parents of LGBT children would go to for help, Kabakov said.

“LGBT individuals are gaining more acceptance in American society, but recognition still remains a very sensitive matter in the Orthodox Jewish world. Strides are being made, slow and steady, but work remains,” she said.

Initially, Dickler wasn’t sure where to turn for support. She found out about PFLAG, the National Federation of Parents and Friends of Lesbian and Gays. However, after attending a few sessions of the secular group she felt something was missing. As an Orthodox Jew, Dickler wanted something a bit more spiritual.