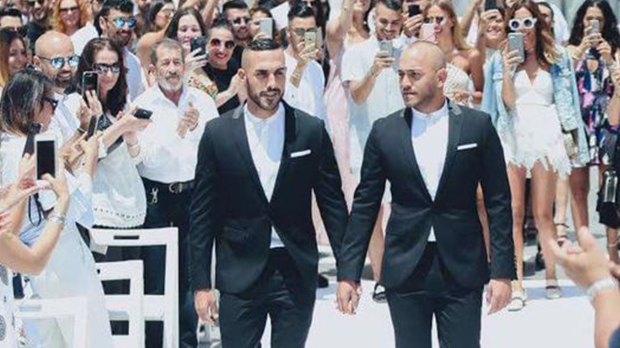 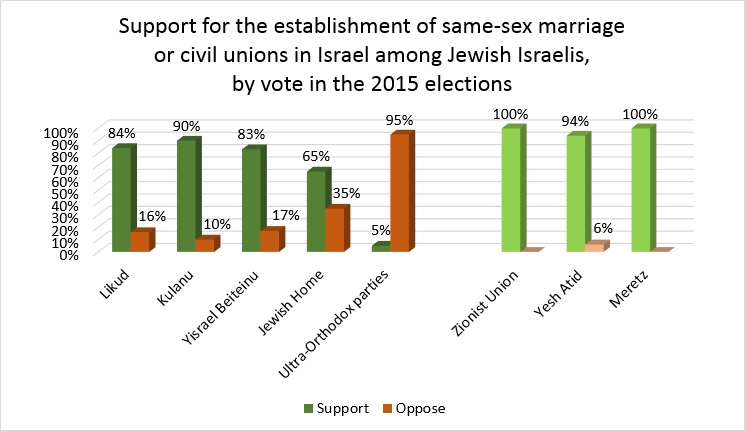 Support for the implementation of marriage or civil unions for same-sex couples in Israel: 79% of the Jewish Israeli public believes that same-sex couples should be permitted to marry (60%) or have civil unions (19%). This reflects a consistent increase in public support for the official establishment of state recognized same-sex partnerships in Israel, which stood at 76% in 2016 and in previous years ranged from 60-65%. These findings arose from a Hiddush-commissioned survey conducted by the Rafi Smith Polling Institute among a representative sample of Jewish Israelis in honor of the Pride Parade, which is taking place this year on June 9th in Tel Aviv. This survey was conducted with generous support from IREP – the Israel Religious Expression Platform.

These survey results are a source of pride and a badge of honor for the Israeli public, but the political and legal reality in Israel is shameful! Israel not only denies same-sex couples the right to marry, against the clear public will, but also denies hundreds of thousands of heterosexual couples the right to family because it granted exclusive monopoly over Jewish marriages to the Orthodox Rabbinate. This political reality also forces more than a million and a half additional citizens to marry in ceremonies that do not befit their beliefs and lifestyles. The data prove that the establishment of legal marriage for same-sex couples and religious freedom in general have practically become the public consensus of the Israeli Jewish population. The public’s will has never been translated into legislation because all successive Israeli Governments, from both the left and the right, have instead traded away the public’s freedom of marriage and divorce to the Orthodox parties in exchange for their political support.

Israel remains the only Western democracy in the world, which severely restricts the freedom of marriage. Continue reading in Hiddush