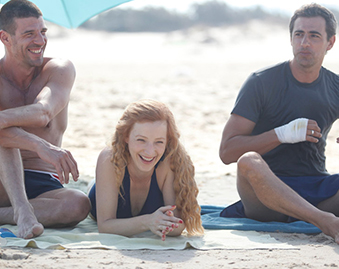 Summer Vacation, along with another Israeli movie, “Aya,” are among ten movies contending in the best short movie category at the 87th Academy Awards.

“Summer Vacation” premiered in competition at the 2013 Sundance Film Festival — was inspired by filmmaker Sharon Maymon’s own struggle to come out as a gay man 11 years ago. The movie was created two years ago, and tells the story of an Israeli family vacationing on the beach, and a stranger who arrives and leads to a love triangle. Maymon together with Tal Granit wrote and directed.

The Israeli filmmakers will know on January 15 if their films made it into the final stage (3-5 films in the best short film category). The 87th Academy Awards will take place in Hollywood on February 22.