Popular and controversial Toronto city journalist Sue-Ann Levy — a self-described nice, chubby, Jewish, gay, conservative girl — takes on the establishment and establishment thinking in this provocative, honest, and insightful memoir that will surprise her fans and foes alike 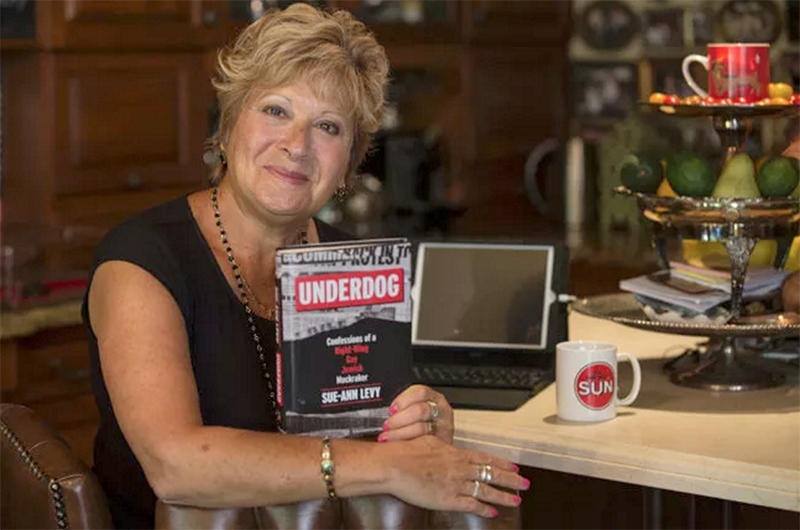 Within hours of my “Coming Out” column in the Toronto Sun on Pride Day 2007, my inbox filled up with e-mails of support.

One of the first came from then-Ontario Progressive Conservative leader and now Toronto Mayor John Tory, a good friend (until I dared to criticize his record as mayor). Written in the wee hours of that Sunday morning (when Mr. Tory is known to start his day), his words about my courage and my setting of an example were truly genuine and are ones I still remember. If I was the slightest bit shaky about what I’d done, that quickly disappeared over the next few days when the e-mails, calls, and words of encouragement from readers, Sun colleagues, right-wing politicians, bureaucrats from City Hall, and even gays still in the closet kept coming and coming. Nearly 99 per cent of the feedback was positive, heartfelt, and uplifting.

Readers who admitted to growing up in homophobic families wrote me tales of learning as adults that some of their dear friends were gay.

They thanked me for presenting a positive role model. Others, who had no clue I was a lesbian until I wrote that column, told me they didn’t care whether I was gay or straight, black or white — they just loved reading my tell-it-like-it-is columns.

I’d come out so publicly not only to set the record “straight” but to challenge stereotypes. I wanted to educate my readers that gay people can come from every walk of life.

They can even be outspoken Jewish, right-wing, fiscal conservatives. I wasn’t looking for praise or pity. I wanted to make the point that the left doesn’t own the gay agenda.

As the days went by, there was silence from left-wing councillors, and especially from Mayor David Miller. Not that I expected everyone to acknowledge my coming out, and obviously I understood that I was not the left’s cup of tea, but even council’s gay advocate, and my councillor at the time, Kyle Rae, acted like it never happened.