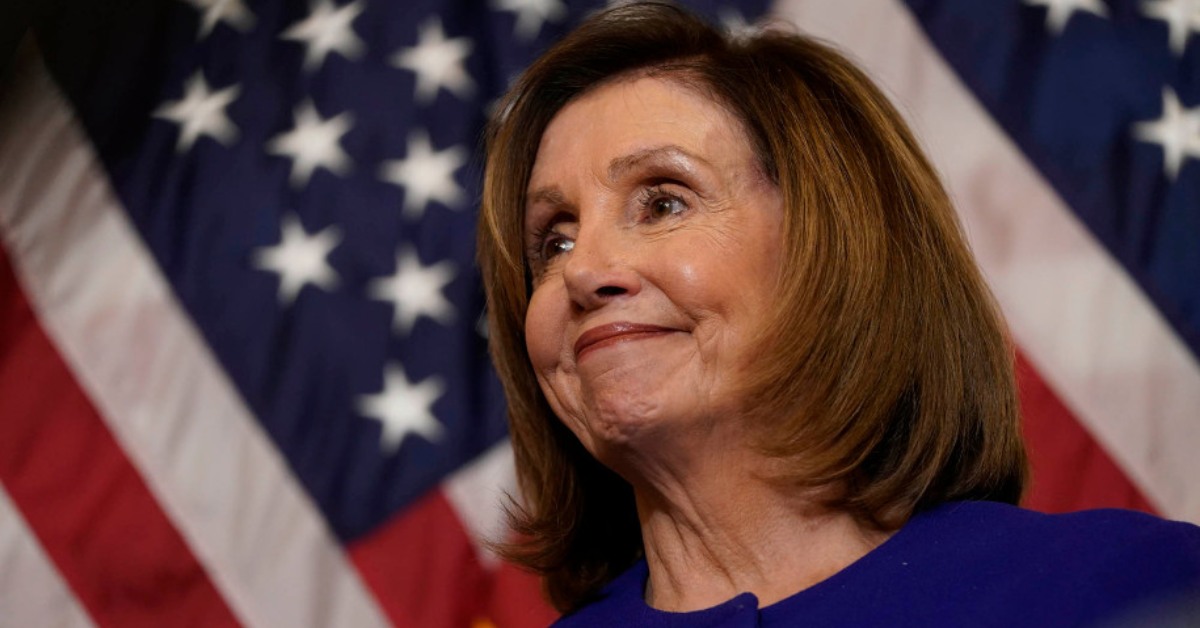 During the impeachment process in the Congress last week, Speaker Nancy Pelosi gave a powerful speech in which she quoted a verse from the song “I Have No Other Country,” written by the Israeli poet Ehud Manor. To provide some context for the Speaker’s strong connection to Israel and Israeli culture, we are happy to share the words of our dear friend, recipient of AWB’s Champion Ally Award, Sam Lauter. A close friend of Speaker Pelosi, Lauter is a public affairs professional with over 30 years of experience in national politics. Sam and his wife Stephanie are long-time supporters of A Wider Bridge, fierce LGBTQ allies, and nationally respected, progressive pro-Israel voices:

It was December 2001, nerves remained extremely raw from the horror of 9/11, but 500 pro-Israel activists filled the room for AIPAC’s annual event in San Francisco to hear the guest speaker, then-Congresswoman Nancy Pelosi. Shortly after she began her comments, the hotel alarm started ringing. Everyone started scrambling for the doors and you could hear and feel the fear. One person, though, started reading the words of Hatikvah in English above the din. It was Nancy Pelosi. Her voice calmed the crowd, people started smiling at the wonderfully familiar words, and the evacuation proceeded without any problems. (It turned out to be a false fire alarm.)

This wasn’t an act by Nancy Pelosi to prove to the pro-Israel community that she was one of us. This was her, it came from inside her, beginning with her upbringing with a father who valiantly fought to save Jews from the Holocaust as a United States Congressman and throughout her career as one of Israel’s most reliable friends and advocates in Congress.

A couple of days later in another speech before Congress, Speaker Pelosi again spoke about the tragedy of January 6, specifically an insurrectionist wearing a “Camp Auschwitz” sweatshirt. “To see this punk with that shirt on and his antisemitism, that he has bragged about, to be part of a white [supremacist] raid on this Capitol, requires us to have an after-action review to assign responsibility to those who were part of organizing it and incentivizing it,” Pelosi said in a raised voice.

Nancy Pelosi was raised in Baltimore, the only daughter among seven children to Thomas and Annunciata D’Alesandro. When she was born her father was serving as the Congressman from Baltimore (he later served as mayor for many years). Her mother was extremely active in behind-the-scenes politics, teaching Nancy the value of organizing and networking. But for our community it was her father’s passion for the Jewish people that resonated and stayed with her. In 1943 Congressman D’Alesandro gave an unprecedented speech on the House floor, made all the more unusual in that he was a very close ally of President Roosevelt who was, as history has shown, unwilling to step in:

“Mr. Speaker, on February 8, 1943, there appeared a full-page advertisement in the New York Times, placed by the Committee for a Jewish Army of Stateless and Palestinian Jews, of which I have the privilege of being a member. This ad calls for action, not pity, toward stopping the wholesale slaughter of the Jewish people in Europe. I am in total agreement with my fellow members of the committee that too much has been said and too little done.

Therefore, we have decided to launch an all-out campaign to save European Jewry. We will spare no efforts and have no rest until the American public will be fully informed of the facts and aroused to its responsibilities.”

I’ve had the unusual good fortune of having a front row seat watching Pelosi’s friendship with our community. I was five years old when she and her family moved to San Francisco across the street from my house. Given their mutual passions for both their families and for fighting for justice, Nancy and my mom immediately became close friends. As she said in a tribute at AIPAC’s annual Policy Conference after my mom passed away, “When my family moved to San Francisco in 1969, Naomi was the first friend I made.” The Pelosis joined us for our seders, and we spent Christmas Eve with them, and we celebrated birthdays, bar and bat mitzvahs, weddings and all of life’s moments together.

Growing up in a political family I knew perhaps too much about the world of politics. And I admit, I never thought Nancy Pelosi would be an elected official, let alone the Speaker. I actually thought she’d be the Chair of the national Democratic Party someday, and knew she’d be the best one ever. But in 1987 fate intervened, and she was elected to the Congressional seat from San Francisco. Along with her championing the cause of acknowledging and confronting AIDS, one of the first things she focused on as our Representative was making sure the US-Israel relationship remained strong and vibrant. She saw Israel in the same way as my family, as a vibrant, exciting, democratic society with growing pains that very few could relate with. She saw Israel for its promise and its struggles. She also knew that without the United States’ friendship, Israel would always struggle to achieve the ideal it is capable of achieving. And, most important, she knew that no matter how comfortable Jews were in another place in the world, history proved that we needed Israel, we needed our homeland.

“I can’t keep silent in light of how my country has changed her face, won’t quit trying to remind her.” This is who Nancy Pelosi is, whether it’s a reflection of our home or our homeland, she won’t quit fighting to bring justice to our world.

Sam Lauter is a public affairs professional with over 30 years of experience in local, state and national politics. Sam utilizes his years of experience to manage Barnes Mosher Whitehurst Lauter & Partners’ (BMWL) public affairs and lobbying business. Sam began his professional career on the district staff of Congressman Philip Burton (D-CA). Following Congressman Burton’s passing, Sam continued to work for his successor, Congresswoman Sala Burton (D-CA) for three years while at UC Berkeley. After graduating college, Sam worked on the presidential campaign and Senate staff for Joseph R. Biden, Jr. (D-DE), where he served as the Senator’s personal assistant and later for California Lt. Governor Leo McCarthy, where his responsibilities included field strategy, advance work, fundraising and speechwriting. Prior to forming BMWL with his partners, Sam worked at Pacific Gas & Electric Company (PG&E) where he served as its primary contact and strategist in government and community relations for both San Francisco and San Mateo counties. In his volunteer life, Sam is a key voice and fundraiser for the organized Jewish community in both the Bay Area and Washington, D.C. Among Sam’s affiliations: Past Chair of the Northern California Board of Directors of the American Israel Public Affairs Committee (AIPAC); member, National Council of AIPAC; and he serves on or has served as California State Chair of the Jewish Public Affairs Committee, and as a board member of the Jewish Community Relations Council, the Fromm Institute for Lifelong Learning, the Jewish Bulletin (now the J), Brandeis Hillel Day School, Jewish Vocational Services, the BayKeeper, San Francisco Convention and Visitors Bureau (now San Francisco Travel), the Diller Teen Advisory Board and for several years on the planning committee for the annual Jewish Family and Children’s Services Fammy Gala dinner, among others. Sam also spearheaded the first trip in 2008 by a San Francisco Mayor, Gavin Newsom, to visit Israel, as part of the Haifa-San Francisco Sister City relationship, and co-chaired the visit for Mayor Ed Lee in 2016. Sam’s volunteer work in the pro-Israel community has been recognized with the Israel in Our Hearts award given by the Jewish Community Federation of San Francisco, as the Champion Ally by A Wider Bridge, and several times by AIPAC. Sam and his wife Stephanie have two children, Aliza, a junior at UC Davis, and Jacob, a senior at Lowell High School (Sam’s alma mater). In addition to his family, friends and politics, Sam’s passions include Israel, photography, the San Francisco Giants, and their golden retriever, Levi. Sam graduated from the University of California, Berkeley, with a Bachelor of Arts in Political Science.