In a moving ceremony on Monday, Hapoel Katamon, Jerusalem’s Women Youth soccer team, changed its name to Hapoel Shira Katamon Jerusalem, in memory of Shira Banki Z”L, the teenage girl who was murdered in a hate crime at the Jerusalem Pride Parade earlier this year. 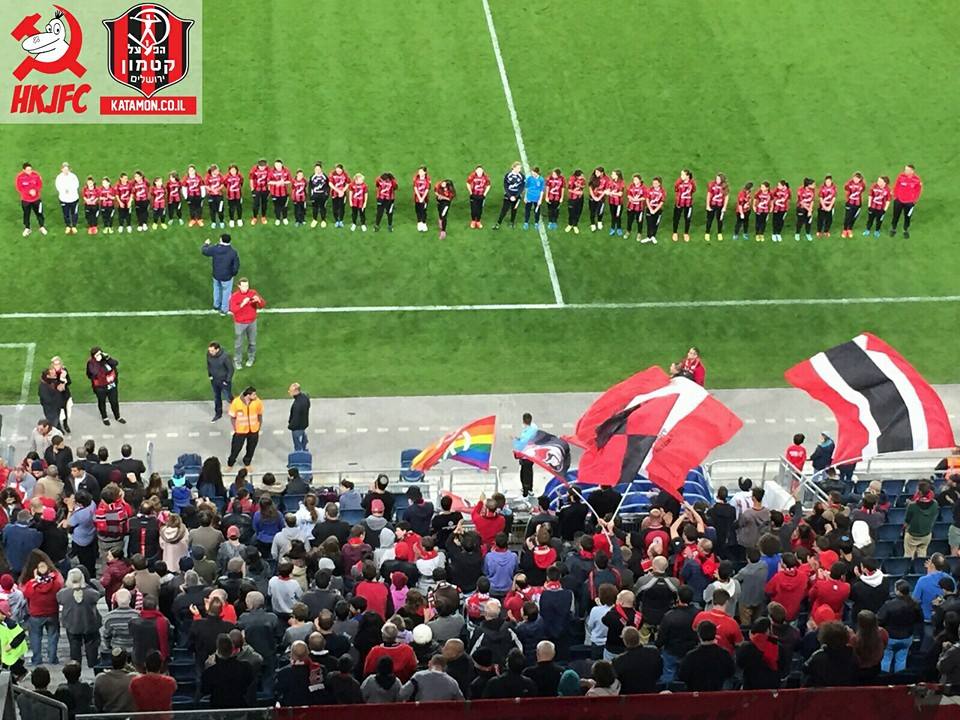 “It’s halftime at Teddy [stadium] and there’s not a dry eye in the stands as dozens of teenage girls on the women’s youth team change its name,” Hapoel Katamon Jerusalem stated on its Facebook page.

Hapoel Katamon Jerusalem is known for its LGBT advocacy. In a groundbreaking step in soccer’s history, the soccer players raised a rainbow flag after winning a match earlier this year.

“We gathered here today to commemorate a wonderful girl who was murdered this summer in our city only because she asked for freedom and equality,” said Board of Directors member Eytan Sharoni at the ceremony. “Shira only asked to express protest, and demand an equal and more tolerant society for all of us.”

“To the memory of Shira Banki, and in her name, our soccer team will continue to symbolize the fight for equality and the wish for a better society,” said Sharoni at the end of the ceremony, while Shira’s family left the playing field. “Shira is no longer here,” he concluded, “but we’re here for her. That’s the least we can do for her, may her memory be a blessing.”
High school student Shira Banki, 16, was one of six people stabbed at the Jerusalem Gay Pride march by an ultra-Orthdox Jew on July 30, 2015. On August 2nd, Shira lost her fight for life at Hadassah hospital.