The parallels to Russian intolerance of Jews are frightening, say gay Russian Jews in New York.

On the eve of Rosh Hashanah this year, Rabbi Sharon Kleinbaum delivered a sermon before thousands in New York, comparing the struggles faced by Jews in the Soviet Union decades ago with the struggles facing gay and lesbian as Russia cracks down on its LGBT community.

Among the legislation that has shocked human rights watchers is a law criminalizing “propaganda of non-traditional sexual relations,” effectively rendering illegal any public discussion of LGBT rights. This was one of the topics explored at “Crossroads: Jewish, Gay and Russian,” a panel discussion Kleinbaum hosted at Manhattan’s Jewish Community Center last Wednesday night.

“The law enshrines second-class citizenship and makes it a crime to fight for equality,” said Masha Gessen, a well-known author, journalist and outspoken critic of Russian president Vladimir Putin. Taking Putin’s cue, anti-gay sentiment has spread from the Kremlin to the streets.

That said, writer and activist Jay Michaelson, who with Kleinbaum and Gessen participated in the discussion, feels the issue isn’t just about gays. “It’s a crackdown on civil society as a whole,” he said. “The LGBT population is targeted as part of a broader campaign.”

That broader campaign feels familiar to many attendees last Wednesday night, who fled the former Soviet Union decades ago to escape a suffocating life as Jews. Gessen is one such emigrant; eventually she returned to Russia and has now come back to the United States, propelled by the storm of anti-gay policy and rhetoric.

“I came to America as a Jew,” she told Haaretz after the panel. “I went back as a reporter, and came again as a gay immigrant.” 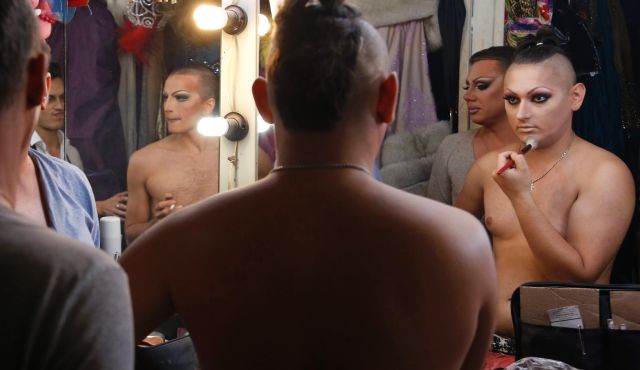