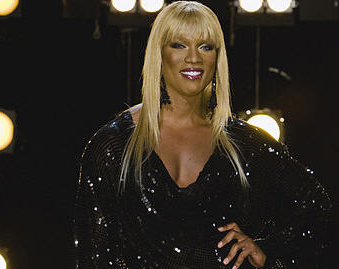 A new YouTube video is going viral among LGBT Jews this week, and becoming so far the goofiest video of these high holy days.

Drag sensation Shequida belts out all favorite Jew-tunes (and the “Jewish national anthem”) at the Shequida Show at Hardware Bar in NYC in honor of Rosh Hashanah.

Gary Hall, also known as Shequida, is a classically trained opera singer, songwriter, playwright, and drag artist, born in Jamaica. He attended Juilliard, where he studied with noted bass-baritone Simon Estes. As the female character Shequida, he has been the USA Network’s spokesperson for Latin America. From 1997 to 1998 he played Wendi Mercury on the daytime television show One Life to Live. He starred in Daron Hagen’s Vera of Las Vegas for its world premiere in 2003. His Off-Broadway show, Opera for Dummies, was nominated for a GLAAD Media Award. In 2008 he appeared on the TV reality competition America’s Got Talent.

“Hine Ma Tov U’Ma Naim,” “Hevenu Shalom Aleichem” and the Israeli national anthem “Hatikvah” (this one is performed live no lip sync!) are the songs that were performed on Shequida’s special Rosh Hashanah show.