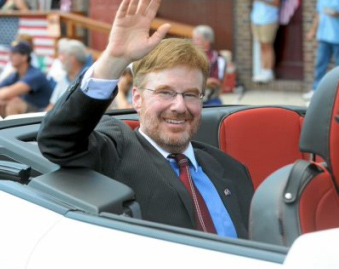 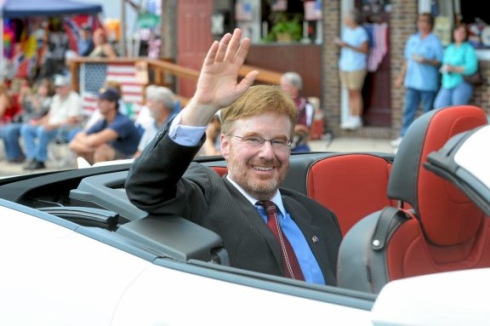 The borough has stood the test of time despite challenge after challenge, William L. “Bill” Paul, 79, of Morea, said before joining a parade to celebrate Mahanoy City’s 150th anniversary.

“It’s an old coal mining town. My dad worked at Hill’s Colliery. He was an electrician. And when that went down in ’52, everything started going down around here. But I’m still involved, as much as I can be,” said Paul, past president of Citizens Fire Company of Mahanoy City.

Hundreds of people gathered there Saturday for a parade for both the borough’s sesquicentennial and the 59th annual Schuylkill County Volunteer Firefighters Convention.

“This is a beautiful day for it,” Paul said.

Tom Puidokas, 71, of Mahanoy City, a volunteer with Good American Hose Company who was directing traffic at Main and Centre at 11 a.m. Saturday, said the parade was more than 270 units long.

“There are seven divisions. There are about 200 fire units and more than 70 floats and marchers. The standing length of this parade is approximately 2 1/2 miles long. But when the units are on the street and spread out, it might be about 3.6 miles long,” Puidokas said.

Waiting for him there was a small gathering of local officials, including Mayor Nancy A. Petritsch, who presented him with a framed certificate and the key to the city, a gold-colored metal paperweight shaped like a key with “MAHANOY CITY, PA” stamped on its side.

“This will sit on my desk in New Zealand,” Huebner said.

Read the full story on the Republican Herald