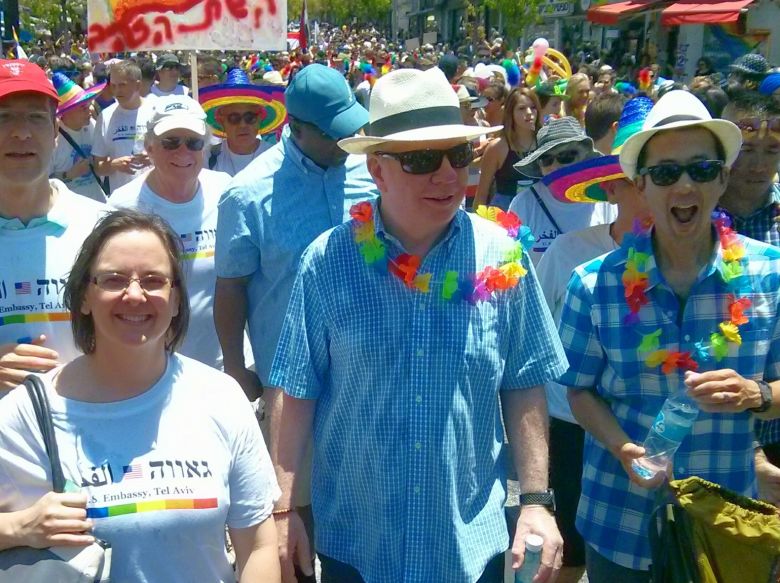 Despite vocal efforts by supporters of the movement to boycott Israel, Seattle Mayor Ed Murray joined tens of thousands of people in Tel Aviv’s annual Gay Pride Parade on Friday.

Murray, 60, is openly gay and has spent the past two weeks in Israel with his spouse, Michael Shiosaki. He also participated in an international conference organized by the local LGBT community and met with senior Israeli and Palestinian officials.

In an interview with Haaretz, Murray expressed his objection to the boycott movement, saying it would not lead to the resolution of the Israeli-Palestinian conflict. He further rejected claims Israel is “pinkwashing” the oppression of the Palestinians and occupation by touting the rights enjoyed by homosexuals in Israel.

“The boycott movement is made up of various people in the United States. A whole bunch of young people who just really care about justice, and others who I’m not sure what their motivation is. I worry that they’re not just anti-Israel but maybe more,” Murray said. “There were letters that were written to me by very mainstream people, who I know support the State of Israel, but believe that there should be a boycott. There were protests downtown and at my office. I believe that the situation is very complex. It’s one that I wanted to understand. I wish that people who are boycotting would actually come here, go to the West Bank like I went to the West Bank, talk to people here in Israel as well.”

Continue reading on Ha’aretz (some browsers require logging in)