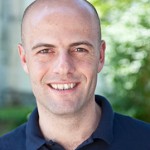 The programmers of Sebastopol Documentary Film Festival have announced that  ‘The Invisible Men‘ was chosen to receive their SDFF Programmers Award for Feature Documentary. Congratulations!

A Wider Bridge is co-sponsoring the award-winning documentary ‘The Invisible Men’ in two screenings at the Sebastopol Film Festival in West Sonoma County, Saturday, March 23 at 11:15 / Sunday, March 24 at 1:15. The screenings will be followed by Q&A and discussion with director Yariv Mozer

Filmmaker Yariv Mozer (in the photo, left) gains unprecedented access to follow the stories of gay Palestinians from the West Bank who have fled persecution and are hiding illegally in Tel Aviv. Trying to pass, not as straight, but as Israeli, life is a struggle for these men who revel in the freedom to be gay, but nevertheless just have no-where to go.

The programmers of Sebastopol Documentary Film Festival have just announced that they have chosen The Invisible Men to receive  SDFF Programmers Award for Feature Documentary. The award will be presented on Opening Night, Thursday, March 21.

The Invisible Men portrays the untold story of persecuted gay Palestinians who have run away from their families and are now hiding illegally in Tel Aviv. The movie describes the challenges and hardships they face, the painful choices that confront them, and the courageous Israelis who work to help them.  The film shines light on both the severe challenges faced by gay men in the Palestinian territories and the policies of the Israeli government that play an important part in the difficulties they face in Israel. Click here for a film trailer.

For ticket information, to see a trailer, or to see the rest of the program of the Sebastopol Documentary Film Festival at sebastopolfilmfestival.org. Buy tickets online or in person at the Sebastopol Center for the Arts 282 S. High St., Sebastopol 707-829-4797