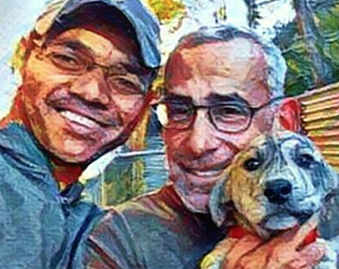 Gay Rabbi Joshua Lesser writes about his upcoming wedding, and about that same conversation that every engaged same-sex couple is having – to get married quickly, before January 20th. 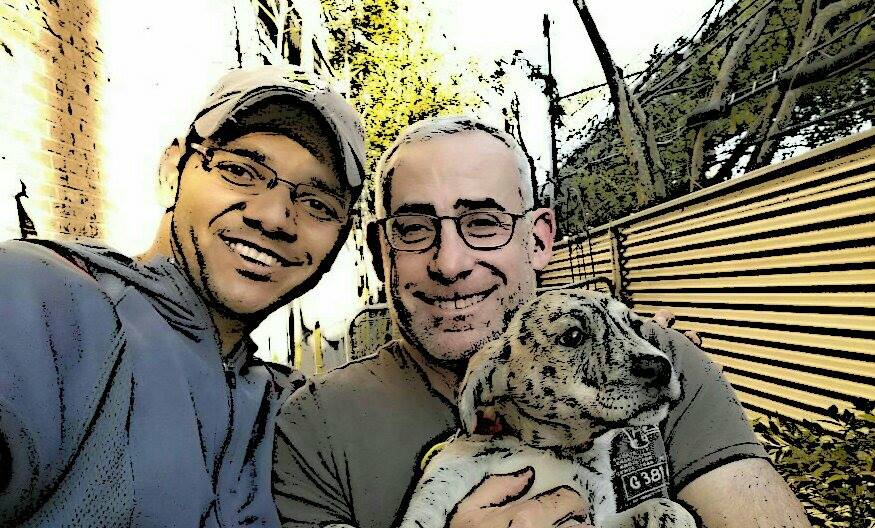 The night of the election early into the morning, my partner, Alex and I were exhausted. We took time out from our political commentary and analysis before surrendering to sleep to have a personal conversation. “Alex, if Trump wins, we have to get a puppy as soon as possible.” We had been looking, but each time we went to a shelter the puppy we were considering was already being adopted. I didn’t have to explain to him how important it was to have something to nurture and to bring joy in the face of a presidency that could (and now certainly will) have devastating consequences. Shortly after 9/11, I dug up my entire front yard and planted a garden and put in pathways as a way to channel my grief into a personal stewardship. This time felt similar, but this time it’s a puppy because everything is about to get so much more personal.

We committed to adopting a dog. Then with tears welling up in my eyes, I whispered, “I think we need to change our wedding plans. We need to get married much sooner, before Jan 20th.” Only after four couples shared with me and two colleagues inquired about moving up the weddings of their congregants that I realized how many other couples were having the same conversation. The fear was both real and viral.

When I realized that there was a target on our pending nuptials, what was simple happiness now was in this political tangle. The heart within my heart broke. Marriage equality had been among many social justice priorities in the past; albeit, one that was less urgent to me. Now that it has become the law of the land, it is painful to know our right to marriage is in jeopardy. For me, the heartbreak is not about pushing up the wedding, but that fear and hatred has once again injected itself into my personal and private life. What was joyful is now tainted. What was organic and unfolding was contained and conscripted.

It is even hard to know how to proceed. Will marriage be defined solely between a man and a woman as a US constitutional amendment? Will marriage be kicked back to the states allowing each state to decide? If so, are we better off getting married outside of our home state of Georgia? What will happen to the couples who are already married? This is a whole other kind of wedding planning than I expected. No one has written the handbook, “How to Get Married in Politically Uncertain Times.”