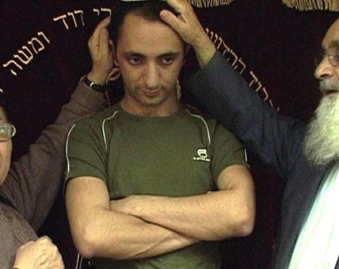 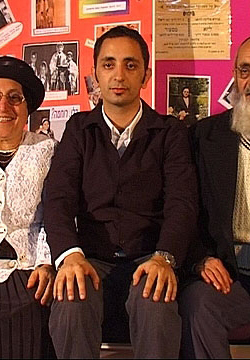 David is the youngest of ten siblings in a close-knit Moroccan-Israeli family. While other nine have all extended the family tree by marrying and having children, David, at twenty-nine, still hasn’t brought home a girlfriend, which inspires his family’s constant nagging. The confessional film follows David as he takes small steps, gathering courage, and hoping to receive acceptance from his family.

Set in Tel Aviv, Say Amen explores the varying ideologies regarding homosexuality that are present in Israel today. Many religions interpret that the book of Leviticus from the Bible as describing homosexuality as an “abomination” that’s punishable by death, although this has been debated for quite some time. Today there is a growing sympathy within Judaism towards homosexuals, spurred by some peoples beliefs that homosexuality is not a chosen act of sin. Despite these progressive attitudes, Orthodox Judaism generally prohibits homosexual conduct and views it with condescension and disgust.

David is brave enough to share his struggles, but, for the most part, he’s still too shy to step out from behind the camera. His family is irritated by his constant filming, but it works to the documentary’s advantage. By turning the lens away from himself, David completely avoids self-indulgent emotionality, maintaining a sense of objectivity. This technique also allows the viewer sees the world through his eyes. The frustrated looks, the sad sighs, and the lectures are all addressed to the camera, making it easy for the viewer to imagine how David must feel.