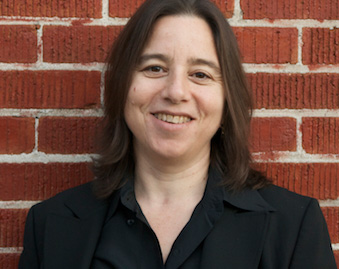 Duke University Press has published an entire book by Sarah Schulman celebrating her efforts, in collaboration with a group of “queer” Palestinians, to promote a boycott of Israel designed to force it to change its policy.

That book, Israel/Palestine and the Queer International, is meant to be a stirring account of the growth of a social-justice campaign.  But it’s most effective as a psychological self-portrait which illuminatingly answers the question: what kind of Jew, woman, or gay person (or, in Schulman’s case, all three) ends up colluding with the enemies of Israel and friends of Hamas?

Here’s the story.  Schulman grew up, she tells us, “surrounded by Holocaust survivors” who “yelled at each other for no reason and didn’t know how to be happy.”  Her parents distrusted and looked down on gentiles, hated gays (they kicked her out for being a lesbian), and supported Israel reflexively.  Schulman’s reaction to this legacy is mixed: she makes it clear that she considers gentiles, or at least Christians, dumb (she uses, without irony, the term goyishe kopf) and that she views all Christian Americans and Christian Europeans as anti-Semites.  She regards herself, in fact, not as an American but as a New Yorker, and identifies not with Israel and the Hebrew language but with the diaspora and Yiddish.  (She approvingly quotes Isaac Bashevis Singer’s Nobel speech, in which he noted that Yiddish has “no words for weapons, ammunition, military exercises, war tactics.”)  The adult Jews of her childhood were all tragic victims and members of a scattered minority, and for her this “was a normative, natural part of being a Jew”; Israelis, by contrast, have chosen “to be dominant,” to carry guns and be soldiers – chosen, more specifically, to be “a colonial settler state in relation to Palestinians, and a semicolonized project of the Christian West, the very people who caused the Jews’ suffering to begin with.” Israel, she insists, “does not represent ‘the Jews,’ only some Jews.” Israelis have “all served in the army, and they feel an ownership of their government, police, and military,” and they subscribe to a “supremacy ideology.” American Jews, by contrast, “see ourselves as separate from our state, as diasporic.” This is why she likes living in New York City, where “[y]ou can be culturally normative without keeping other people down and still be a healthy remove from identifying with the army, the cops, or thinking you can win the presidency.” In short: “I am still emotionally diasporic, and they [Israelis] are emotionally nationalistic.”