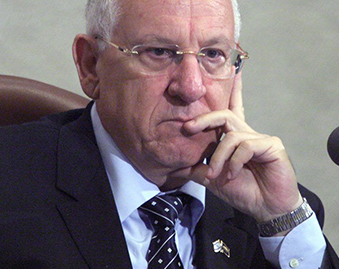 Here are five quotes spoken by various members of Israel’s government on the topic of same-sex marriage.

1. “Even a person who is a homosexual is a human being, and he has rights. We have no power to take away (their) rights. We cannot take away someone’s rights because they are different. We cannot take away their right to breathe, right to eat or right to start a family. We must allow everyone to live as is natural to them.” — Shimon Peres, past Israeli President, in a state visit to Mexico while still in office in 2013 as reported by Ynetnews

2. “I believe every person has a right to his sexual preferences. Homosexuality is not a perversion, and everyone has the right to a relationship with whoever they want.” — Reuven Rivlin, past Knesset speaker and current president, at a gay pride conference at Knesset in 2012, as reported by The Jerusalem Post

What do the polls say?

A poll conducted by Israel’s Haaretz newspaper revealed that 70 percent of Israelis support equal rights for those in the gay community. Amongst secular people, the poll found 89 percent of the population favored full equality. However, citizens who defined themselves as religious and Arabs only polled 46 percent in favor of supporting equal rights in the gay community. According to the study, support for equal rights for same-sex couples was more favorable among women than men.

A survey published by Smith Research Institute found that that 60 percent of voters for Israel political party Habayit Hayehundi, support marriages for same- sex couples, according to Haaretz.