Sam Goldman was one of three activists recognized at the Jewish Community Federation and Endowment Fund’s annual Day of Philanthropy on Sept. 22. 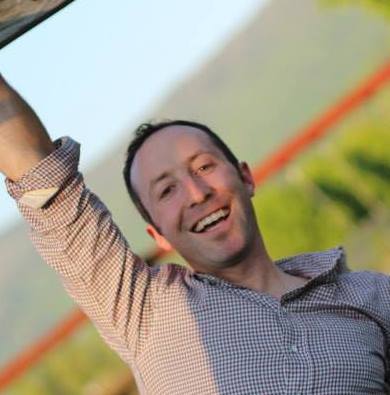 For their efforts, David A. Friedman, Marilyn Yolles Waldman and Sam Goldman were singled out for recognition at the Jewish Community Federation and Endowment Fund’s annual Day of Philanthropy on Sept. 22. The event at the Four Seasons Hotel in San Francisco brought together some of the local Jewish community’s greatest assets — donors, leaders and professional advisers — for a day of seminars, speakers and philanthropic insights.

Goldman, the recipient of this year’s Lloyd W. Dinkelspiel Award for Young Leadership, is the co-chair of the Federation’s LGBT Alliance and a 2014 Wexner Heritage program alum. Goldman has worked hard to make sure the Jewish community is inclusive and thriving.

An environmentalist by profession — he is the California program director at the Conservation Lands Foundation— Goldman is active in Wilderness Torah, an organization dedicated to helping Jews find spiritual connections to the natural world through programs such as Passover in the Desert and Sukkot on the Farm. He serves on the group’s board and chairs its development committee.

“It is only recently that Jews have become urban people,” Goldman said. “For most of our history, we were mainly agrarian. Wilderness Torah is tapping into those roots.”

Goldman is also a regular attendee at Burning Man in Nevada’s Black Rock Desert, where he helps organize Milk & Honey, a Shabbat service and dinner drawing hundreds of participants. “We cook all day to feed 500 people,” he said.

Goldman’s work in the Jewish, LGBT and environmental communities is an outgrowth of his upbringing in St. Louis, where he and his parents were active members of the large Central Reform Congregation, which places a strong emphasis on social action. As an undergraduate at Bates College, he honed his activist skills by rallying against white supremacists and in support of Somali refugees and lobbying on behalf of migrant farm workers.

Goldman echoed his fellow honorees in his gratitude to the Bay Area Jewish community for providing him with opportunities in which to serve others. “My community work wouldn’t be possible without a vibrant community to support me,” he said.