Sharon Needles and Jinkx Monsoon are in Tel Aviv to take part in the LGBT film festival, despite calls to boycott the event. They talk about Trump’s incitement, Kathy Griffin’s freedom of speech and reveal their favorite to win season 9 of RuPaul’s Drag Race 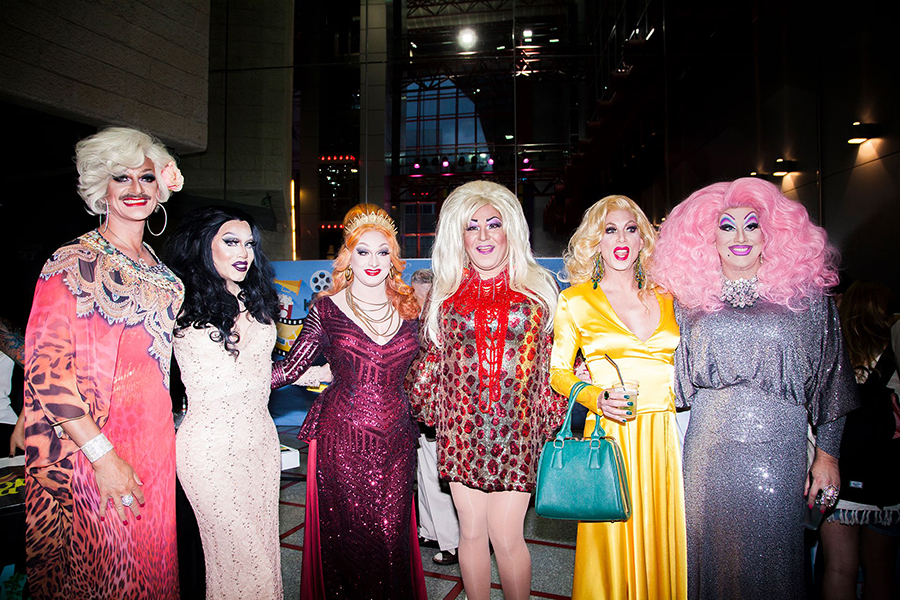 Stand up for TLVFest and Israel’s LGBTQ Community

The average height of those present last Saturday in the small and improvised VIP room at the far end of the Tel Aviv Cinematheque easily exceeded 1.9 meters. Gigantic women with platform shoes and endlessly long legs, their tall wigs brushing the ceiling, were busy with preparations for the evening’s event. Soon they would choose Israel’s next drag queen at a ceremony held at TLVFest, the city’s international gay film festival, which is celebrating its 12th anniversary, with guests arriving from all over the world.

Gloria Viagra, for example, stands at 1.97 meters, without heels. She came especially from Berlin donning a Princess Diana-style blond wig, to which she matched a genuine Clark Gable-type mustache. Peaches Christ, a filmmaker, playwright and underground drag queen, who was anxious to take to the stage and strut her stuff (“I don’t plan to go up after the audience is already tired”) came from San Francisco, while Sherry Vine – a TV creator, musician and beautiful drag queen – arrived from New York.

But it seems that for the Israelis who attended, the biggest stars of the evening were two American guests who owe their fame to the TV hit “RuPaul’s Drag Race.” Now in its ninth season, the reality show, in which the famous drag queen searches for America’s next drag superstar, has succeeded in bringing drag performances to the masses.

The two American stars who grabbed the attention were Jinkx Monsoon – or Jerick Hoffer – the winner of the program’s fifth season, and Sharon Needles – birth name Aaron Coady – who won the title the year before thanks to dozens of costumes and breathtaking (and frequently offputting) performances, like when she walked down the catwalk with artificial blood streaming from her mouth.

Even without any connection to their colorful appearance and their razor-sharp humor, the arrival of the two at the festival was a joyous occasion for its organizers and their head, Yair Hochner, who founded the festival. Their arrival to Israel came against a backdrop of cancellations (five performers pulled out of the event) amidst pressure from Pinkwatching Israel, an arm of the BDS movement.

“I was approached by someone who asked me to boycott the festival and not come,” says Monsoon. “And I fully respect him reaching out to me and asking me that, and I hope that he respects me saying that I am not going to boycott the festival. Because, just like I don’t want to be defined by my government, I don’t think the open-minded, progressive, liberal queers of Tel Aviv want to be defined by their government. To boycott this festival, which is a celebration of pride, and a celebration of diversity, and a celebration of culture, would be punishing the people who need pride in their life, not the government.