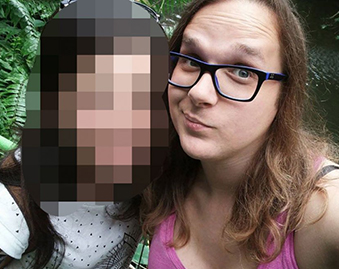 Rotem, a 22-year-old cisgender lesbian, and Lydia, a 29-year-old transgender lesbian, are one of the couples who live their lives together with an uncanny ability to look at the people around them with no barriers when it comes to sex and gender. 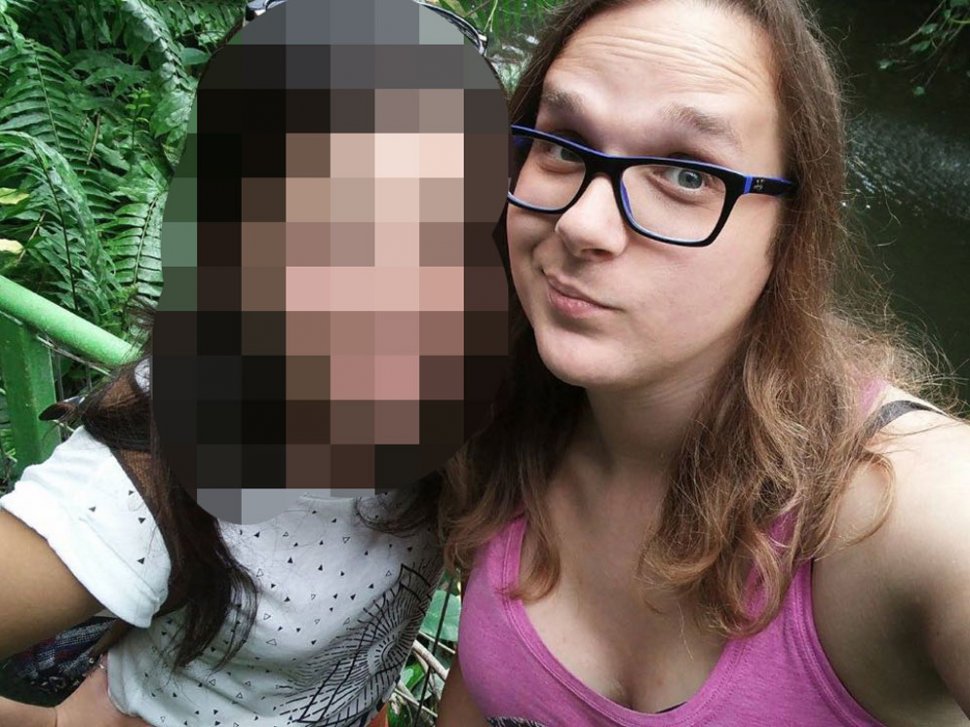 Most of the difficulties that transgender people are facing can’t be seen by the general public; whether it’s a basic feeling of discrepancy between their sex and their gender, or the disgraceful treatment they often receive, even from the people closest to them, to the everyday simple issues like finding a job, harassments on the street and the manifestations of transphobia from large parts of society. Among other things, they also have to cope with their lack of visibility in the mainstream, and with the notion that what society doesn’t see – often doesn’t exist. Thus, a cycle of illegitimacy is created, which keeps the transgender population away from the rest of society and causes the public, often, feelings of alienation and fear.

But quite a few cisgender people, people whose sex and gender do match, manage to go through this chain of social barriers, and see transgender people at the simplest level, as human beings. Rotem, a 22-year-old cisgender lesbian, and Lydia, a 29-year-old transgender lesbian, are one of the couples who live their lives together with quite a few mutual connections and an uncanny ability to look at the people around them with no barriers when it comes to sex and gender.

“The first reactions I received were mostly out of ignorance. People didn’t really know and misunderstood our connection. They told me, ‘Oh, so you go out with someone who was once a man’ or asked me how I can define myself as a lesbian and date a transgender,” says Rotem . “But I look at the character of the person, not at the outside.” According to Lydia, many fail to understand the fact that gender is something that you can choose, therefore being transgender is not something “different,” but who they choose to be. “This myth must be broken,” she explains. “For example, for many people a transgender woman always has to be a straight woman who is attracted to men – but this is not true, she can be anything. The difference between gender and sexual orientation is something that many people fail to separate.”

And so, the road has not always been easy. The search of transgender people for relationships is rocky and very frustrating. Rotem and Lydia met through the dating app Tinder. “It turns out that you can pull a relationship out of there,” says Lydia. At one point she decided to just put everything on the table, to avoid embarrassments in front of those who would prefer to stay away. “Relationship is a very complicated thing to begin with. Usually, when a trans woman wants to go out with someone, there are all sorts of questions at the beginning of the connection and a lot of people are reluctant from it, or start going out and then get cold feet and run away. I’ve learned from past experience to write everything in my profile, so that whoever doesn’t want this should not connect with me at all,” she explains. “I was lucky to find a girl like Rotem.”

Rotem admits that even for her, things were not easy from the start. “It was hard at first, I can’t say it wasn’t, but I wanted to stay and be there,” she says. “It’s possible that Lydia has changed me. I know more because of her, I understand more. She made me dive more into it and understand more about what it means to be transgender and what are the difficulties transgender people go through.” At the same time, Rotem clarifies that when she encountered Lydia’s profile on Tinder and saw that she was transgender, “It never came up or was disturbing. She is a woman in every aspect except the fact that she simply doesn’t produce hormones naturally. I don’t see her as something else.”

Now, the main struggle of the two is confronting the ignorance and the invasive questions that many transgender people encounter, those dealing with physical processes and actions that are kept for the bedroom. “I usually don’t answer these questions. I ignore, I’m not crazy about explaining myself- it’s my private life, it’s not really interesting what I do with it”, explains Lydia. Also, while Lydia’s parents met and know Rotem – Rotem has yet to introduce Lydia to her parents. They know she has a partner but “not the background”, as she describes it.

“I don’t rule out anyone,” concludes Lydia. “Knowing the person. Bottom line, we’re human beings. All the definitions are for nothing, it’s just to define. Everyone should do what is good for them and what they like. A human being, that’s what’s important.”