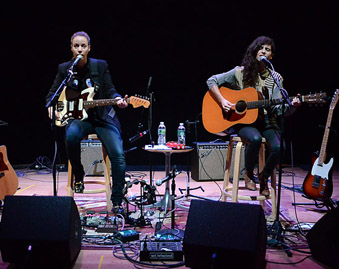 Rona Kenan and Tamar Eisenman, who just came back to Israel from their US mini-tour that was sponsored by A Wider Bridge,  started off the new Jewish year with the same joint-tour in Israel. On Rosh Hashanah eve they launched the new tour at an all-women party at the Comfort 13 club in Tel Aviv, entitled NEW FEELING. “I am so pleased that I can give something back to the community that is so important to me to be a part of,” says Kenan.

Rona Kenan and Tamar Eisenman are two of the most refreshing and intriguing artists in Israel. Kenan is a relatively veteran musician in the Israeli landscape – and more familiar- and Eisenman ( who’s responsible for the hit song “Hit Me” ) is currently experiencing a professional soaring , having already been defined as one of the best guitarist we’ve seen here. Together, they launch a joint-concert these days, and after coming back from the States, they gave the first taste of it in Israel at the Jewish New Year’s party line of Dana and Anat – for women only.

“Tamar and I have known each for many years,” Rona tells Mako Pride, “We have already cooperated at specific events over the years. She was featured at my shows and I was at hers and now we feel that we did not want to settle for a few songs here and there but to build a few more floors over the existing common elements .”

“We are good friends,” adds Tamar. We share our love for guitars and sushi .”

What do you think makes this collaboration work ?

Tamar : ” There was an intention to create a new encounter between our styles . Bring our songs together onto a semi – acoustic guitar land, with a use of loops and percussions and vocal arragements . It took all the repertoire to a different world and uncovered the combination and the dynamics between us. The show also has a lot of instrumental solos . We challenged each other on the guitars . ”

Rona : ” One of the most important things in musical collaborations, if not the most important , is to have fun together and to my great joy this law exists in the relationship between me and Tamar . When musicians are enjoying each other’s presence , the chances are higher that those who listen to them will enjoy. I love Tamar as a friend and as a musician . I enjoy listening to her , enjoy learning from her and enjoy passing time with her. Beyond that , in this joint-creation there’s a little bit of her , a little bit of me and a little third thing, something that could not exist without this collaboration. That something shouldn’t be larger than the sum of its parts but should be part of the sum of its parts and it seems to me that we’ve been able to achieve that. ”

You perform together in a women’s party. Is it like any other show ?

Rona : ” There is no doubt that an appearance at a women’s party is not like any other show. Though there is a new generation of young girls that I do not fully know and I sometimes feel a little old next to them , but in general I feel very much at home in these situations and happy when I am able to give something back to the community that is so important to me to be a part of. ” 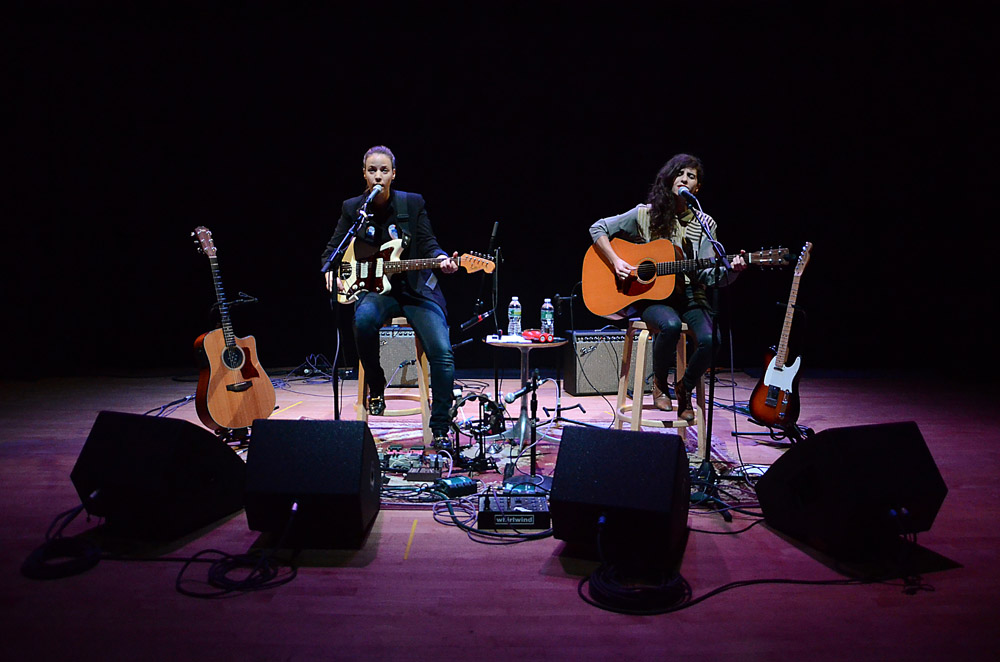