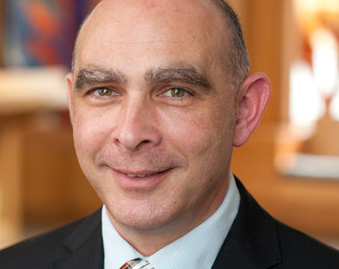 The first openly gay congregational rabbi in a conservative synagogue in Israel says that the LGBT community should reclaim its place in Judaism by going back to synagogue, and not allow Orthodox people with old-fashioned perception on Judaism take its rights to connect with God and faith. 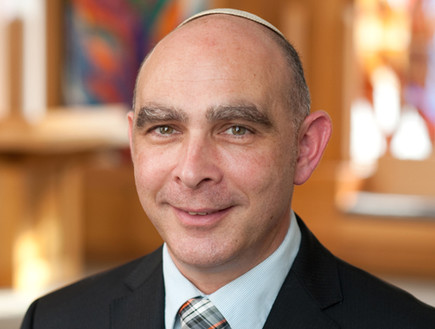 This week I read with a lot of pain the story of Chaim and Alex Abada-Rein, whose son was born in Thailand through surrogacy. The baby was probably not meant for our world, and died shortly after birth. In addition to the unbearable grief, Chaim and Alex must also deal with the tightness of both the civil and religious establishments, in the context of finding a Jewish place for the burial of their son. Within this deep sadness, and the subsequent attempts by people to convince them to give up the Jewish burial, I wasn’t surprised to read that they said, “the fact that we are gay doesn’t mean we do not believe in religion.”

Most LGBT people in Israel have grown up in families that relate to religion in some way, from Orthodox to atheists. Many of us have childhood memories of visits to the synagogue with grandparents, having Passover Seder with the family, sitting in the sukkah, and more. Quite a few formerly religious people among us may have the feeling of missing something, because we just stopped being acceptable in our communities.

Can I continue to love religion, or those parts that speak to us, as we hold onto every part of our identity?

For decades, when the gay community began to form in the last century, the idea that there could be a meeting point between religion and the LGBT community was considered unreachable. How is it possible that a synagogue, a place where I meet with my Creator, expects me to hide my sexual identity in a tightly closed envelope? If the Rabbi hears, God forbid, about my “abomination” , the other worshipers will send me to hell.

Judaism has always been known for getting along with the changes, even radical ones, in society and the advancement of science. We managed it sometimes through a new interpretation, and sometimes simply because the people demanded change. Judaism, which indeed is based on the Torah, includes many customs that were absorbed from different cultures, including those who conquered us and those who we lived among.

The Stonewall riots in 1969 succeeded in creating a revolution, even in the Jewish world. The “free the gay community” movement has strongly affected American Jewry. Liberal streams of Judaism, starting with “renewal” Judaism in 1984 and continuing with Conservative Judaism in 2006, have decided to ordain rabbis from the LGBT community.

Outside of Israel, most of the Jewish world accepts the LGBT community.m During my studies in New York, I was an intern in a Conservative synagogue in the East Village. It was clear to the members of the synagogue that they have to pro-actively approach the LGBT community, since there are thousands of gay men who live in the neighborhood. The synagogue has to take care of the spiritual life of every Jew, and must not discriminate because of sexual or gender identity. Thus was born the project “Geim Ba’Village”, that celebrates Shabbat pride.

Therefore, it is not clear to me why the Israelis, who don’t belong to the religious circles here, are insisting that religion must preserve the Orthodox community approach – an approach of non-acceptance in the best case, and in the worst case conversion therapy. It’s beyond me how the majority of Israelis who don’t live as Orthodox, but are still interested in Jewish heritage, aren’t willing to change the Orthodox religious establishment that now insists upon approaches that expired long time ago. What are the secular parties afraid of? What makes them hand over one and a half billion shekels every year to the religious community, a community that often doesn’t contribute back to the state?

There’s an open and accepting Judaism in our country that for years has been embracing the LGBTQ community. There are dozens of synagogues that we can come to “as we are”: couples, singles, single-parent families with two fathers or two mothers, and more. Rabbis and many Conservative and Reform movements in Israel officiate at the weddings of same-sex couples under a Chuppah in a religious ceremony. Why, then, shall Judaism be perceived as if it existed in the 19th century, a Judaism that has forgotten how to change and how to proceed in light of changes in topics such as sexuality, gender and gender equality?

Every person has a place in the synagogue, a place reserved for her or him by God. No one can stop us from standing before our Creator and pouring out our souls, not on the most holy day of the year, and not on any other day on which we want to go to the synagogue. The requirement for us to hide our identity is an integral part of an evil decree that we should tear up.

The change in the attitude of the American Jews to the LGBT community occurred because there ere LGBT Jews who weren’t willing to give up their faith, and were not willing to be excluded from God. Now that we have synagogues – and even a handful of Orthodox – who open their doors to us, it’s time to be back in our relationship with our heritage. On this Yom Kippur, we shall take back that heritage by returning to the synagogues.