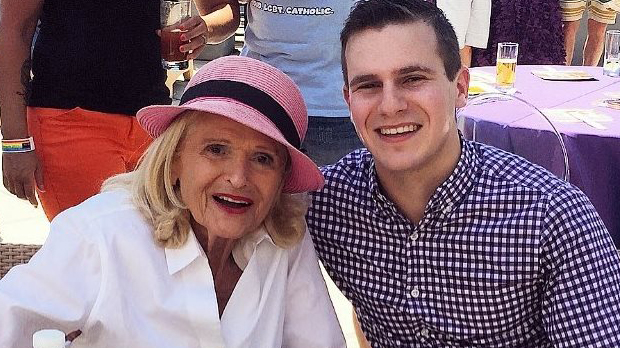 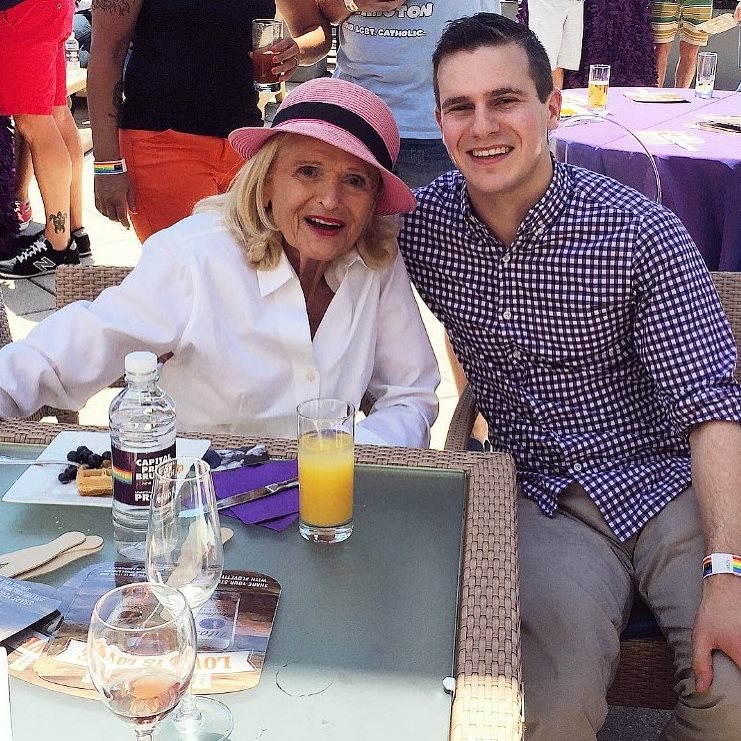 Edie Windsor, who passed away last week at eighty eight will be remembered as many things— a hero, an icon, a trailblazer, and also rarely emphasized, Jewish. Yes, the same Edie Windsor who led the fight in overturning the Defense of Marriage Act (DOMA) at the Supreme Court in 2013 was very much a Jew. Her case left a profound impact on history, culture, and law and was instrumental in achieving nationwide marriage equality in 2015.

When we think of American Jewish icons it’s often of artists and entertainers— Mel Brooks, Jerry Seinfeld, Steven Spielberg and Simon and Garfunkel come to mind— and as seen here, they’re almost always men. What makes Edie Windsor’s legacy all the more important is that she is none of these things and yet she has made one of the most lasting impacts on American history. Her name will be immortalized among the great civil rights heroes for her contributions to American society. She shattered the stain glass ceiling in American politics, creating a pathway for LGBT equality like never before. It was Edie’s case which motivated President Obama to change his position on DOMA in 2011 and later marriage equality in 2012. This is more than just incremental legal change. Her activism transformed the consciousness of the country from one of moral disapproval to moral understanding that gay people are no different from any other American. In 1996, the year DOMA was signed into law only 27% of Americans were in favor of marriage equality. Today, that support is at 64%. This is proof that activism works and that laws that discriminate against minorities pathologize a sense of rejection in greater society. Conversely, uprooting these laws has the power to create dramatic acceptance.

For those of us in the LGBT community we found a hero in Edie. She became our Rosa Parks– a crusader in dismantling discrimination in the law. In many ways, there was no truer symbol of American patriotism in the last decade than Edie. The founding of this country was based on the premise of unfair taxation by an oppressive government. This too was the crux of what animated Edie’s suit. She was forced to pay more than $360,000 in federal estate tax after her spouse and partner of 44 years, Thea Spyer died, a bill she would not have incurred had “Thea been Theo.”

Though the Jewish element often gets lost in her story, it is crucial to understanding her life. When Edie grew up, being Jewish was not perceived the same way it is today. Unlike now, where Jews have achieved extraordinary levels of success and prominence, Jews of her time were mostly impoverished first or second generation immigrants who escaped persecution in Europe in the form of pogroms and boycotts on Jewish businesses. Thea Spyer’s family (also Jewish) had fled Amsterdam prior to World War II and Edie’s family left Russia only to be met with financial woes during the Great Depression. On top of this, Jews were often lumped in the same column of undesirables with Blacks and most certainly homosexuals. To be a gay Jew could be seen as a double hex of rejection and malign. And to be a woman on top of all that only sealed one’s fate of walking the tightrope in a world of adversity. Continue reading on The Times of Israel