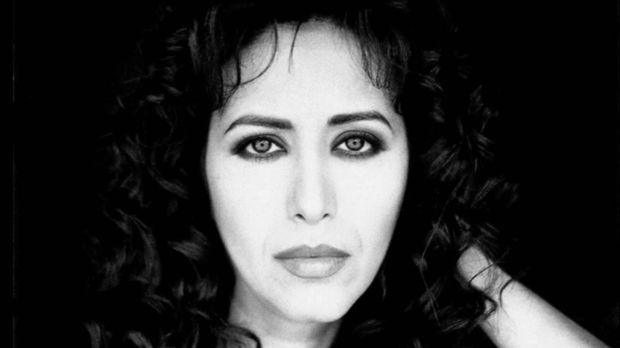 I remember first hearing Israeli singer Ofra Haza’s music in the late 80s. I was a college DJ in Montreal, and her “Im Nin’Alu” remix had just broken through internationally. Though Ofra was famous in Israel, she was new to me in Canada.

I couldn’t stop listening to the song, a perfect blend of Yemenite-Israeli pop threaded together by a piercingly beautiful voice. It was no wonder that Haza was voted “Female Vocalist Of The Year” four years in a row, from 1980 through 1983.

When Haza toured Montreal in the 80s, I made sure I was there. The concert, a curious double bill with Sarah McLachlan, was held in a cavernous auditorium. The sparse audience was comprised of Israelis for Ofra and Canadian lesbian feminists there to see Sarah.

A small figure emerged on stage wearing traditional Yemenite clothing and silver bangles – it was Ofra Haza. She seemed quite shy at first. Sensing that most people in the audience were unfamiliar with her background, she took the time to explain her beloved Yemenite culture and history. By the end, Haza won everybody over with her incredible talent and mesmerizing vocals.

Soon after, Haza launched to worldwide stardom once Coldcut’s remix of Eric B. & Rakim’s “Paid in Full” hit the charts. This song sampled Haza’s “Im Nin’Alu” and suddenly that riff was everywhere.

Haza discusses being sampled by Coldcut for their remix of Eric B & Rakim’s Paid In Full.

I often wonder if one of the reasons that Haza’s music meant so much to me was because of our similar backgrounds. Like Haza, my father’s family are Mizrahi Jews, though from Kurdistan and not Yemen.  I’m continually searching for a place called home, and trying to learn about my non-Ashkenazi history. Haza’s music, so firmly rooted in Yemenite traditions, was a source of inspiration.

I was in Israel in February 2000 when Haza passed away at age 42 from AIDS related complications. Though my Hebrew is rudimentary, I still understood the bold headlines which tragically announced her death. I was glad to be in Israel during this time so that I could collectively mourn with a country that loved her music.

There was much shame around the cause of her death. The fact that Haza died because of an AIDS-related illness added another layer to the public mourning.

Today, we honor what would have been Ofra Haza’s 60th birthday. I’m celebrating by listening to her music and feeling a wave of nostalgia. I’m celebrating a performer who masterfully introduced Mizrahi culture and music to the greater world.

Here’s a blast from the past:

In 1983, singer Ofra Haza was sent to represent Israel in Germany at Eurovision. She did it with the song ‘Chai’ that had an extra special and moving meaning for the Jewish singer, singing “The People of Israel Live ” on a stage in Berlin. The song ended up at the number 2 spot, and Ofra Haza went on to become an international superstar.