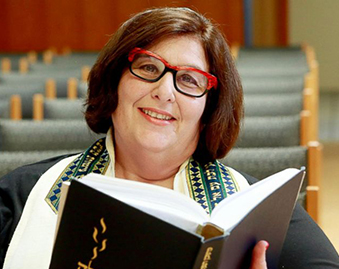 Rabbi Denise Eger, a trailblazing female rabbi says that all faiths need to not just accept gays, they need to embrace them. 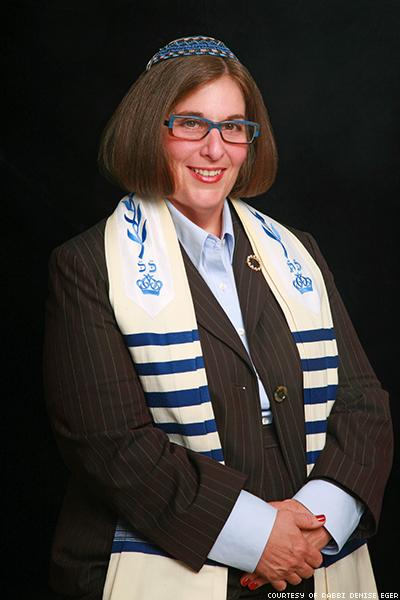 Let’s face it: Many major religions have not been kind to the LGBT community. Most Christian denominations preach that same-sex relationships are sinful, and some — invoking the name of God — subject LGBT members to harmful conversion therapies. Some Muslim imams call homosexuality “one of the greatest of crimes” and recommend the death penalty for gays and lesbians. Orthodox Jewish sects prohibit homosexual conduct. Many of us in the LGBT community who may have felt a desire for spirituality have suppressed our potential beliefs because of the way organizations and institutions have chosen to treat us.

It doesn’t have to be this way.

On Monday, I had the incredible honor of being installed as the first openly gay president of the Central Conference of American Rabbis. This conference — the rabbinical arm of Reform Judaism, North America’s largest and oldest denomination — has a remarkable history at the forefront of advancing LGBT and human rights that includes a 1977 resolution calling for the decriminalization of homosexuality and an end to discrimination based on sexual orientation. My installation coincides with the 25th anniversary of a CCAR resolution calling for the ordination of openly gay and lesbian Reform rabbis. I am proud of the conference’s progress, and proud to bring my experiences as a social justice advocate to this role.

Faith can inform our lives and our activism if we let it — and if our religious organizations are inclusive enough. When I was a rabbinic student in the mid-1980s, I advocated for the inclusion of LGBT individuals into the CCAR and rabbinic schools. Not yet able to be fully out, I wrote a then-anonymous letter to a committee member working on the issue of homosexuality and ordination, encouraging him to push for the full inclusion of LGBT people of faith in our community of spiritual leaders. I told him that the horrible policy of not ordaining openly gay or lesbian people was forcing me to live a lie, because I knew that I was called to serve God and the Jewish people. By the time I was ordained in 1988 in New York, I was in a funny position of being out but not open. Many knew — but many did not. I took a job in the only pulpit that would have me: an LGBT pulpit in Los Angeles. Every other job I interviewed for plainly told me they were not ready to hire a lesbian rabbi.

Continue reading in the Advocate