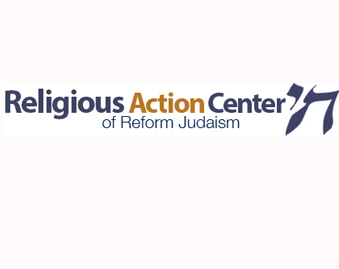 On behalf of the Union for Reform Judaism, whose more than 900 congregations across North America encompass 1.5 million Reform Jews, and the Central Conference of American Rabbis (CCAR), whose membership includes more than 2,000 Reform rabbis, I write to commend you for your renewed commitment to holding a reception sponsored by A Wider Bridge and featuring the Jerusalem Open House at your convention this week.

I shared the concerns conveyed to you by my friend and colleague CCAR President Rabbi Denise Eger about the misguided decision to cancel this reception. Cancelling would have failed to honor the tremendous work done by the Jerusalem Open House to support the LGBTQ community – Jews and Palestinians alike. It would have silenced a crucial voice that contributes to strengthening the LGBTQ community internationally. And it would have capitulated to those who seek to use the National LGBTQ Task Force for their own agenda, one that is unrelated to protecting and advancing the well-being of LGBTQ individuals worldwide.